Metropolitan Pavel to arrive in Belarus before Christmas

MINSK, 27 December (BelTA) – Metropolitan Pavel of Minsk and Slutsk will arrive in Minsk before Christmas celebrated by Orthodox Christians on 7 January, the ONT TV channel reported citing the Department for External Church relations of the Moscow Patriarchate. 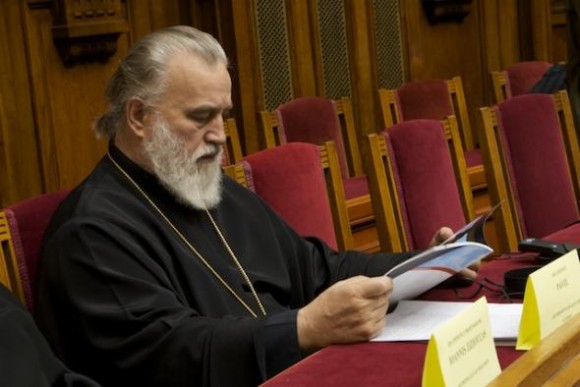 The decision to appoint Metropolitan Pavel of Ryazan and Mikhailov as Metropolitan of Minsk and Slutsk was taken by the Holy Synod after accepting a letter of resignation submitted earlier by Metropolitan Filaret.

Metropolitan Pavel is expected to leave Ryazan next week, prior to Christmas. On 29 December he is due to conduct the Divine Liturgy.

Metropolitan Pavel of Ryazan and Mikhailov was born in Karaganda on 19 February 1952. In 1973-1976, he attended the Moscow School of Theology. In 1980 he graduated from the Moscow Theological Academy with a degree in theology. On 19 February 1992 by the decision of the Holy Synod he was appointed Bishop of Zaraisk and was put in charge of the patriarchal parishes in the United States and in Canada. In 1999, he was appointed Bishop of Vienna and Austria. In 2001 he became Archbishop with the title of Vienna and Budapest. On 5-6 October 2011 following the decision of the Holy Synod, he was given the title of Ryazan and Mikhailov, and was appointed head of the newly created metropolia of Ryazan. On 8 October 2011 he was elevated to the rank of Metropolitan.

Most viewed articles
How to Get Rid of Spiritual Infantilism?105
How to Respond to Opposition to the Gospel101
A Piece of Rock Falls Down on the Skete of St. Anna on Mt. Athos84
His Beatitude Metropolitan Tikhon Issues Statement on Tragic School Shooting in Texas61
Three Words47
Romanian priests in Madrid draw conclusions on the benefit of praying together with family members45
test1
Most popular authors
Priest Andrei Chizhenko105
Archpriest Basil Ross Aden101
Pravmir.com team84
Metropolitan Tikhon of All America and Canada61
Archpriest Geoffrey Korz47
Aurelian Iftimiu45
Maria Trushanina1