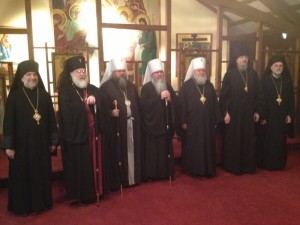 A brief statement with regard to the retirement of His Eminence, Metropolitan Jonah was issued by the Office of Archpriest John Jillions, Chancellor of the Orthodox Church in America, on Monday, May 27, 2013.

The text of the statement reads as follows.