Modernization in Russia to base on moral norms – Patriarch Kirill 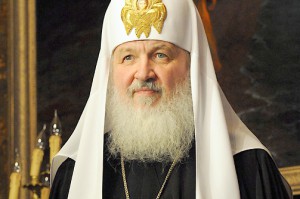 “True modernization always bases on modern principles… Modernization without moral dimension turns to unrestrained pursuit of temporary goods and pleasures, heartless technocracy, results in perverted relations between people,” the Patriarch said on Thursday at a ceremonial session dedicated to 150 anniversary of serfdom cancellation in Russia at the Cathedral of Christ the Savior in Moscow.

According to him, a lesson of the 19th century reforms is that even most sensible and logical reforms “didn’t resonate with ordinary people if they were performed impetuously, without looking back to the previous experience and traditions.”

The Patriarch points out that today the country faces extremely serious problems, “everyone knows them very well: corruption, disrespect to the law, alcoholism, drug addiction, criminality, crisis of family.”

“Though to solve them actions of state authorities are absolutely necessary, these problems can’t be solved only from above, without participation of people, without creative activity of an ordinary person, without people’s capability to self-organization, to creating what we call institutes of civil society,” he stressed.

According to the Primate, ordinary citizens should realize their responsibility for themselves, for their country, for its state of affairs and “authorities are urged not to prevent people from civil activity, but consciously encourage it.”