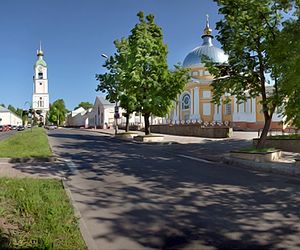 A scientific and spiritual centre is to be established on the basis of the Russian Federal Nuclear Center and the Dormition Monastery of Sarov, reports Interfax-Religion.

It is planned that conferences and other events will be held at the scientific and spiritual center for development of the dialogue between representatives of the scientific community and the Russian Church. The first such event is to take place in November, reports the press service of the Novgorod Metropolia.

The scientific and spiritual center will be located in the buildings that earlier belonged to the Monastery and now are being returned to it.