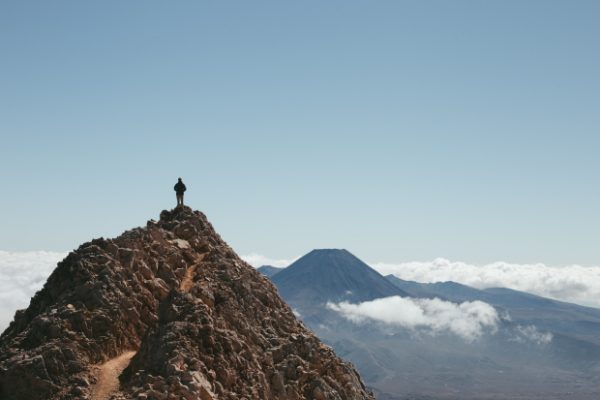 And when they had come to the multitude, a man came to Him, kneeling down to Him and saying, Lord, have mercy on my son, for he is an epileptic and suffers severely; for he often falls into the fire and often into the water.So I brought him to Your disciples, but they could not cure him. Then Jesus answered and said, “O faithless and perverse generation, how long shall I be with you? How long shall I bear with you? Bring him here to Me.” And Jesus rebuked the demon, and it came out of him; and the child was cured from that very hour. Then the disciples came to Jesus privately and said, “Why could we not cast it out?” So Jesus said to them, “Because of your unbelief; for assuredly, I say to you, if you have faith as a mustard seed, you will say to this mountain, ‘Move from here to there,’ and it will move; and nothing will be impossible for you. However, this kind does not go out except by prayer and fasting. Now while they were staying in Galilee, Jesus said to them, “The Son of Man is about to be betrayed into the hands of men, and they will kill Him, and the third day He will be raised up. And they were exceedingly sorrowful.

In today’s Gospel lesson, when the disciples asked Jesus why they were unable to heal the epileptic boy, He replied to them, “Because of your little faith. For truly I say to you, if you have faith as a grain of mustard seed, you will say to this mountain, ‘Move from here to there and it will move; and nothing will be impossible to you.”

A young man in our school once asked, “The Bible says we can move mountains with faith. Why don’t we mountains with faith? How come we use bulldozers?” Right here, we are not using the same meaning of the word “mountain.” It is obvious that its meaning is symbolic. It stands for all the troubles and difficulties that block our path like a mountain and make life impossible for us. Actual mountains do not stand in our way in our days. We have invented machines to flatten them. So, physical mountains no longer stand in our way and neither should other kinds of mountains. Jesus tells us that real, honest, sincere faith in Him generates power great enough to move mountains.

God created human beings to be bigger than any mountain, even though we stand with many things that are above us. We stand with a head on our shoulders with a brain, and this is what places us above all other creatures. If we cannot climb the mountain or tunnel through it or walk around it, we build a plane and flies over it. Today, no physical mountain can stand in our way.

St. Paul, for example, had a mountain in his life. He tells us about it in his second letter to the Corinthians: “And lest I should be exalted above measure … there was given me a thorn in the flesh … For this thing I besought the Lord three times, that it might depart from me.” The Lord gave Paul power to overcome this mountain. He was not defeated by it. The “thorn in the flesh,” was some kind of physical illness, but it did not put Paul in bed as an invalid, but drove him to greater dependence on Christ and greater power.

There are many other examples. Helen Keller was blind and deaf, but she was not defeated by her great mountain. She once wrote, “I thank God for my handicaps, for through them I have found myself, my work, and my God.”

Most viewed articles
His Holiness Patriarch Kirill Contracted the Coronavirus113
Of Boasting and Modesty104
4th Plenary Session between ROC and Coptic Church Held89
What Does the Cross Mean for us Today?50
Most popular authors
Pravmir.com team202
Archpriest Basil Ross Aden104
Priest Robert Miclean50