Source: Christian Today
Czarina Ong | 05 June 2017
Some Muslim asylum seekers are claiming to be Christians just so they could be allowed to find refuge in Australia. 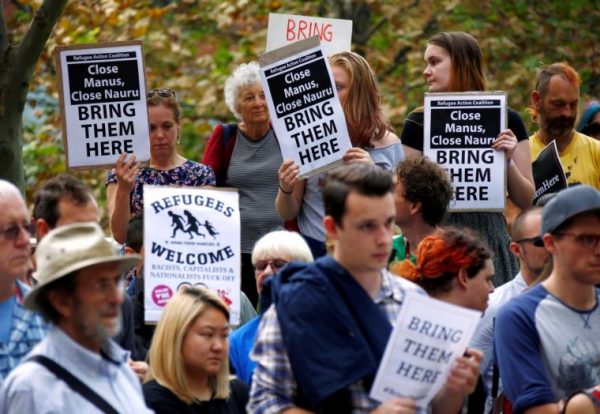 Speaking on Sydney radio station 2GB, Australian Immigration Minister Peter Dutton said they have discovered that some of the asylum seekers’ claims to be Coptic Christians were fake.

The report came after the immigration department announced that it would deport 80 alleged Coptic Christians because of failure to prove their asylum claims. Dutton admitted having received criticism for their action. He nonetheless assured that they are not going to turn people away even if their asylum claims were fraudulent..

“We’re not going to send people back into harm’s way, we don’t do that,” he explained. “But we just have some cases where we’re concerned about where the court, for example, has found that the application is fraudulent.”

“We’re not going to… deport anyone until we can have another look at each of the cases. But in some cases, we do have concerns about the legitimacy of the claims made,” he added.

A number of Muslims have actually converted to Christianity to boost their chances of survival. Ibrahim Ali, a 57-year-old Muslim Syrian, is one of them. He fled to Lebanon shortly after the war in 2011, but he faced unfair working conditions and even resorted to begging on the streets.

Last year, he met an Iraqi Christian in the poor Beirut suburb of Bourj Hammoud. The Christian told him that the church next door was providing food packages to refugees. He then went to the Anglican Church of God.

He was offered a bed, two hot meals a day and a small monthly stipend — but he had to go to their weekly Bible sessions. “Almost everyone attending the classes was Muslim. Mostly Syrian and Iraqi refugees. I’d never seen anything like it — Muslims singing about Jesus,” Ali told The Telegraph.

When he was asked if he wanted to convert, Ali and a dozen others agreed. They were baptized last April. Ali was given a new Christian name: Abed al-Massih, which means Slave of Christ in Arabic.

“Changing religion in the Middle East is a very big thing. In Syria you very occasionally hear of Christians converting to Islam, but never the other way round,” he said. “A lot of people are doing it to get to Europe, the U.S. and Canada. While I plan to stay in Lebanon, I know hundreds who been baptized just to help their applications. They would do anything to have security for their family.”