January 27. PRAVMIR. Muslims of Russia revere St. Sergius as a great spiritual ascetic and enlightener of Russia, who remains to this day an inspiration for many. 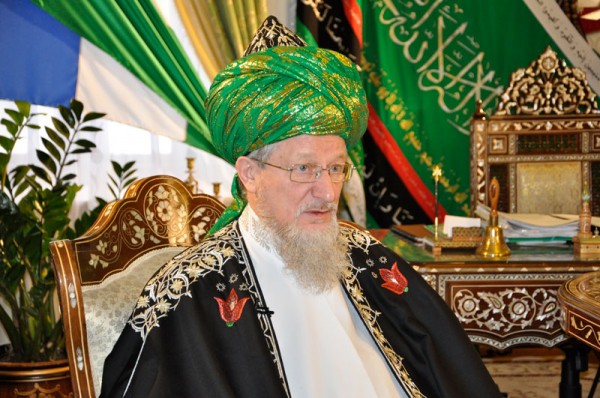 This was stated by head of the Central Spiritual Administration of Muslims (CSAM) of Russia Talgat Tadzhuddin in his welcoming message to the participants  of the XXII International Christmas Educational Readings, relates the news agency “Interfax-Religion”.

“We, the Muslims of Russia, paying tribute with deep respect to the outstanding ascetic monk and saint of the Russian Orthodox Church, consider participation in this forum a unique opportunity for interfaith dialogue aimed at achieving civil union” stated the document.

According to the Chief Mufti Tadzhuddin, it is necessary to gratefully honor “the blessed memory of the Russian land’s greatest ascetic, the Venerable Sergius of Radonezh, who through his life and enlightened teachings became a true example of spiritual struggle that invaluably contributed to national spirituality and moral education”.

Head of the CSAM of Russia noted that many nations “who with surprise or undisguised hope look at with astonishment” upon Russia and its authorities “who take example of a sincere devotee of Holy Russia—the Venerable Sergius of Radonezh and thousands and thousands of other saints, true patriots of our vast, priceless Fatherland”.

Speaking about the importance of expanding religious education and interfaith dialogue in the country, the Chief Mufti expressed his conviction that “the continuation of genuine, deep meanings of the basic values ​​of our spirituality, was and will, as exists this perishable world, further civil unity and cohesion”.