Never Say “I Will Do It Tomorrow”: Elder Dionisie of Colciu’s 112th Birth Anniversary 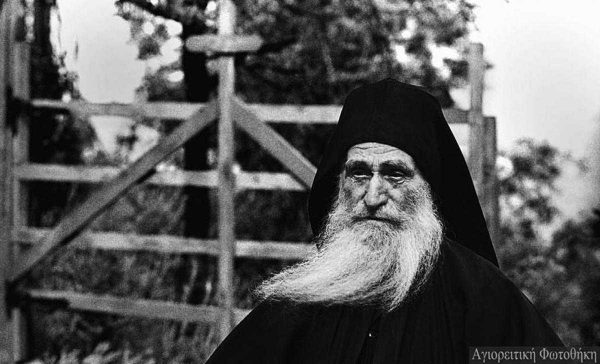 September 22, 2021, marks 112 years since the birth of Elder Dionisie Ignat of Colciu Skete on the Holy Mount Athos, the one who said: “Never say ‘I will do it tomorrow’ because only the second we live is ours.”

Father Dionisie Ignat was born on September 22, 1909, in Vorniceni commune, Botoşani county. At baptism, he received the name of Dumitru (Demetrios).

His father, Ioan, a very faithful man, died when he was one year old. Dumitru graduated only four primary classes – each time with a prize – and two years of vocational school.

Being very close to his brother, Gheorghie, ten years older, Dumitru followed him in the monastic life from the age of 14. When he was 17, he followed his brother, who became Monk Gymnasius, to the Holy Mount Athos.

Together with Schemomonk Sebastian, they borrowed money and bought the Annunciation Cell from the territory of the Pantokratoros Monastery. To pay their debt, they worked for three years at Iviron Monastery.

In 1927, one year after settling in the Holy Mountain, Dumitru was tonsured a monk named Dionisie (Dionysius), and in 1931 he was ordained to the diaconate.

In 1933, after the death of Father Sebastian, their abbot, the two brothers Ignat went to Saint Tikhon of Zadonsk Cell in Kapsala, led by Elder Ghedeon Chelaru. Together with him, in 1937, they took over the Colciu Cell of St George, which they rebuilt from the ground up.

Father Dionisie was ordained a hieromonk in 1937 by Bishop Hierotheos of Mount Athos and became a spiritual father in 1945. He led an ascetic life, following the example of his brother, Father Gymnasius, who had attained great sainthood before his earthly end in 1965.

After the death of Father Ghedeon Chelaru, in 1979, Father Dionisie became the leader of the Cell and one of the most experienced spiritual elders in the Holy Mountain.