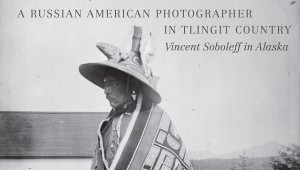 The book is the first to showcase the photography of Russian-American Vincent Soboleff.

WASHINGTON, July 17 (RIA Novosti) – The first book featuring photographs by Vincent Soboleff, the son of a Russian Orthodox priest who used a Kodak camera to document the lives of Russian speakers and indigenous peoples in early 20th century Alaska, has been published in the United States.

“A Russian American Photographer in Tlingit Country: Vincent Soboleff in Alaska,” by anthropologist Sergei Kan, uses more than 100 black and white photographs taken by Soboleff to tell the story of a community of Russian speakers and Tlingit Indians in southeastern Alaska, from the late 1800s until 1920.

The book is the first to showcase Soboleff’s photography since it was discovered in 1950, the University of Oklahoma Press (UOP), which published the book this month, says on its website.

“Kan offers readers, historians, and photography lovers a beautiful visual resource on Tlingit and Russian American life that shows how the two cultures intertwined in southeastern Alaska at the turn of the past century,” UOP says.