‘Nobody will buy soul of Moldovan people’ – Patriarch Kirill 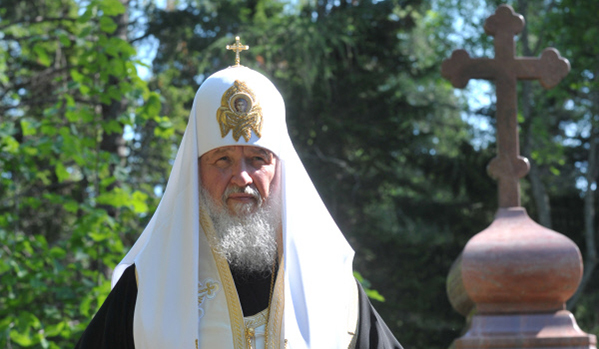 Patriarch Kirill called on the Moldovan people to keep their spiritual sovereignty in front of the economic and political challenges. The Russian Orthodox Church Primate came to Chisinau with a visit. His trip is dedicated to 200-year anniversary of the establishment of the Chisinau-Moldova eparchy. Believers and clergy have much hope for the upcoming Patriarch’s visit.

The Chisinau eparchy as part o the Russian Orthodox Church was founded in 1813 on the territory of Bessarabia passed to Russia. It marked the beginning of the age of enlightenment in Moldova and to a great extent determined the future of the country, Patriarch Kirill underlined.
“The establishment of the Chisinau eparchy sprang from a great desire of the Moldovan people to be united with peoples of the Rus. And thanks to religious beliefs of the Moldovan people we have an independent country and developed national culture today. We have society which keeps its integrity despite of political plurality and many other factors dividing today’s society not only in Moldova but in any other country on earth,” he said.
Now more than 90 percent of believers relate themselves to the Moldova Orthodox Church. There are more than 1,300 active churches and 48 monasteries in the republic. Nevertheless, the religious life is endangered at the moment as it’s being pressured by secular politicians, reckoning there is no place for the religion in the modern world any more, and by the Romanian Patriarchate which has been claiming the canonical territory of the Russian Orthodox Church and in whose spiritual jurisdiction Moldova was until the 19th century.
Opponents of the Russian Patriarch’s visit even managed to organize several demonstrations. But genuine believers always can tell faith from politics, Vladimir Kantoryan, the Metropolitan of the Chisinau and Moldova Church, said with certainty in an interview to the Voice of Russia:
“We don’t think this visit has something to do with politics. The Patriarch came to see its flock. Only those who gain something from it are trying to politicize the visit. But I know that Patriarch Kirill came to us to pray with his people and flock for the past and future of our church.”
The visit of the head of the Russian Orthodox Church became a great holiday for Orthodox Christians in Moldova. A believer, Agafya Gorbulek, arrived at the oldest Moldovan monastery, which the Patriarch visited during his first day, from far away:
“I wanted so much to see him and listen to him and to what he would say. I hope he will help the Moldovan people to go through these harsh times. I watched TV programs with him answering people’s questions even before he became a patriarch. So, of course, I’m very much interested in seeing him in flesh.”

Apart from communicating with his flock, Patriarch Kirill will have to resolve a series of problems existing today inside the Moldovan Church itself, Viktor Zhosu, a political scientist, says.

“As a matter of fact, an order should be established inside the Moldovan Church. Too many problems have accumulated there over the last years. For example, the practice of marrying couples in monasteries has been applied which I didn’t see in Russia. It’s absolutely unacceptable. These problems have to be tackled with,” he added.

Right after the visit to Chisinau, the Russian Orthodox Church Patriarch will go to Pridnestrovye until September 9.

Most viewed articles
On the Dormition Fast120
Faith and Moral Freedom66
Patriarch Kirill: “The Memory of the New Martyrs will Help Us to Be Faithful to Christ amid Modern Temptations”61
Dormition Fast: Lesson on Silence51
Patronal Feast Celebrated in St. Anna Convent in Vashkivtsi37
Lord, Save Me!36
Bishop Nicholas of Manhattan visits Holy Cross Monastery in West Virginia27
Condolences of Patriarch Kirill over the death of believers in the fire that broke out in Abu-Seifein Church in Cairo14
Most popular authors
Pravmir.com team259
Archpriest Michael Gillis66
Metropolitan Anthony (Pakanich)51
Fr. Theodore Stylianopoulos36