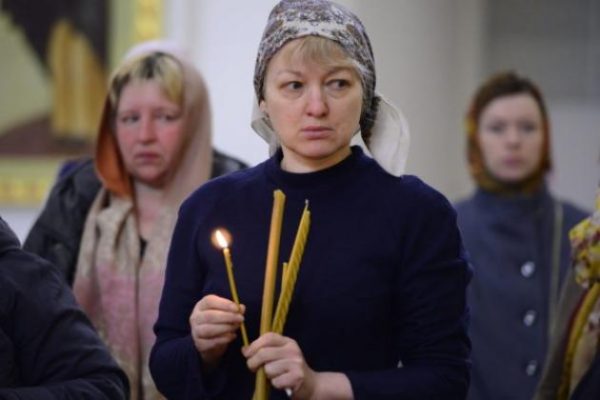 In chapter 21 of the homilies of St. Isaac the Syrian, the Saint gives some useful, but what may seem at first to be controversial, advice.  St. Isaac presents this advice in the context of a conversation between a younger hermit and an older, more experienced one.  The younger hermit asks the older one what he should do:

“Many times I obtain a thing I have need of because of illness, or because of my work, or for some other reason, and without this I cannot remain in my discipline of stillness, but when I see that someone has need of this object, I am overcome by mercy and I give it to him.  Often it also occurs that being asked by someone, I give away that which I need, for I am constrained by love and by the commandment to do so.  Afterward, however, my need of the object causes me to fall into cares and turbulent thoughts, and thus my mind is distracted from solicitude for stillness.  Often I am obliged to depart from my solitude and to go in search of that thing.  But if I preserve and do not go out, I suffer much affliction and turmoil in my thoughts.  I do not know which of the two alternatives I should choose: to interrupt and disperse my stillness for my brother’s sake, or to disregard his request and continue in stillness.”

The problem that this young hermit presents is a common problem.  Although very few of us are called to the life of a hermit, all of us are called to live faithfully whatever way of life God has given us for our salvation.  That is, each of us has a way of following Christ that is appropriate to his or her own calling, gifts, and situation in life.  Obviously, for example, a father of children is not called to a life of stillness, for he has to work to support his family (although, that doesn’t mean that he can’t learn to practice inner stillness to some small extent within the parameters of his lived reality.  It’s just that he can’t give himself to it undividedly, for his calling as husband and father places other responsibilities on him).  The calling of a father and a hermit are very different, but the problem that the young hermit describes is still the same problem that a father or any faithful follower of Christ encounters.  That is, how does one faithfully follow all of the commands of Christ?

Here’s the problem: When I strive faithfully to fulfill one of Christ’s commands, I often find that in fulfilling that one command, I of necessity cannot fulfill other of Christ’s commands.  In the case of the hermit, his calling is to fulfil the command “to abide in Christ” and “ to pray without ceasing.”  But by giving away what he needs to continue in stillness to anyone who asks of him (which is also a command of the Gospel), he finds that he cannot preserve in the inner stillness necessary to abide only in Christ and pray without ceasing.

“May that righteousness perish, and every form of mercy, love, compassion or whatever is thought to be for God’s sake, which hinders you from the practice of stillness; which fixes your eye upon the world; draws you into cares; shakes you from the memory of God; arrests your prayers; brings your thoughts to a state of turbulence and unrest; stops you from study of the divine readings (which is a weapon that rescues a man from wandering thoughts); disperses your watchfulness; causes you to walk about freely, though formerly you were bound, and to associate with men, though formerly you lived in solitude; awakens in you the mortified passions; abolishes the abstinence of your senses; resurrects your corpse which was dead to the world; causes you to fall from the angelic husbandry, whose labour has but one concern; and places you in the portion of men who live in the world.”

You see what the older hermit is saying to the younger hermit is that in order for him to fulfill his calling in Christ, he has to limit or be very careful which commands of Christ he attempts to fulfill and how he tries to do so.  If the hermit ceases to be what God has called him to be, then the commandment that he thought he was fulfilling, he was not.  Or to put it another way, we cannot all do everything.  Let me repeat: we cannot all do everything. The older hermit goes on to explain later that people who live and work in the world have a responsibility to care for others in the world: He says, “For the fulfilling of the duty of love with respect to providing for physical well-being is the work of men in the world.”  We each have our place, we each have our calling in this life, we each have our bit to do, but none us can do everything.

But even in caring for the needs of those in the world, we all have limitations: limitations in our abilities and limitations caused by our weaknesses.  When I was a young married man, I was very zealous to be an evangelist.  I was constantly, and I’m afraid often annoyingly, on the look out for anyone who would listen to me present to them the Gospel (or at least the Gospel as I was taught to understand it at that point in my life).  However, I soon realized that in sharing the Gospel with certain attractive young women, I often found my mind wandering down paths of unfaithfulness, paths I didn’t want to go down (either in my mind or in any other way).  This problem became so disturbing for me, that it developed into a crisis for my inner life: “what if they never hear the Gospel”, the thought would occur to me.  “Will they go to hell because I cannot control my libido?”   At that time, my theology was not clear enough to challenge such a thought, so in my own mind I was stuck—like the young hermit—in choosing between, on the one hand, sharing the Gospel  with attractive young women while I struggled with inappropriate thoughts, or, on the other hand, keeping relative peace in my mind by not sharing the Gospel with women whom I found attractive and trusting God that He was able to bring someone else along (probably another women) to share the Gospel with that person whom, I, in my weakness,  could not.  I was beginning to realize that, sometimes, attempting to obey one command of Christ opened the door to disobeying others.

And still now, even though I am at a different place in life and have different struggles and different conundrums, still there is so much that I just can’t do.  There are so many commands of Christ that I cannot try too hard to fulfill without at the same time ceasing to fulfill others.  I am weak.  I am limited. I thank God that there are holy fathers and mothers who preserve in stillness and prayer, even if in doing so they are not able to care for the temporal needs of the poor and sick and suffering of the world.  The Church is a body.  We each provide for what is lacking in the other. The hermits preserve in stillness and pray in ways I cannot, yet I benefit from their prayer.  In a very real sense, their prayers are my prayers.  Similarly, acts of love and mercy that I may be able to perform in my station, in my calling in life, these acts of love and mercy belong not to me, but to the whole Church, the whole body of Christ.  Your works and words of love and encouragement, your prayer and fasting, your gifts and sacrifices, these are not yours alone, they are ours, all of ours, for we each give and serve and love as we are able and where we are as parts of the one Body, which is Christ’s Body, the Church.

You know, what got me to thinking about this today is a conversation I had earlier with a friend about what is important to emphasize in Great Lent.  It is easy, I find, to put a lot of emphasis on the external works and particularly Orthodox aspects of keeping Great Lent.  It is easy to develop the misguided thought that what God rewards is how strictly we keep Great Lent, how Orthodox we are (that is, how well we follow the particularly Orthodox injunctions and prescriptions of Lent).  However, when we think this way, we have fallen into the trap of mistaking the means for the end, of mistaking the road for the destination.  The goal of Great Lent is not to fast well, but to become more like Jesus.  The goal of Great Lent is not to attend more services, but to become more like Jesus.  The fasting and the prayer services will help, they are part of the means, of the way; but they are not the goal.  Furthermore, how helpful each person will find the particular practices the Church enjoins on us and the particular opportunities to pray that the Church offers us during the Great Fast will differ according to the strength of each, the calling of each and the circumstances of life of each of us.