For the third time in as many years, the chancellors and treasurers of the Orthodox Church in America’s dioceses gathered at the Chancery here on January 14, 2014 for a meeting with His Beatitude, Metropolitan Tikhon and the Church’s officers. 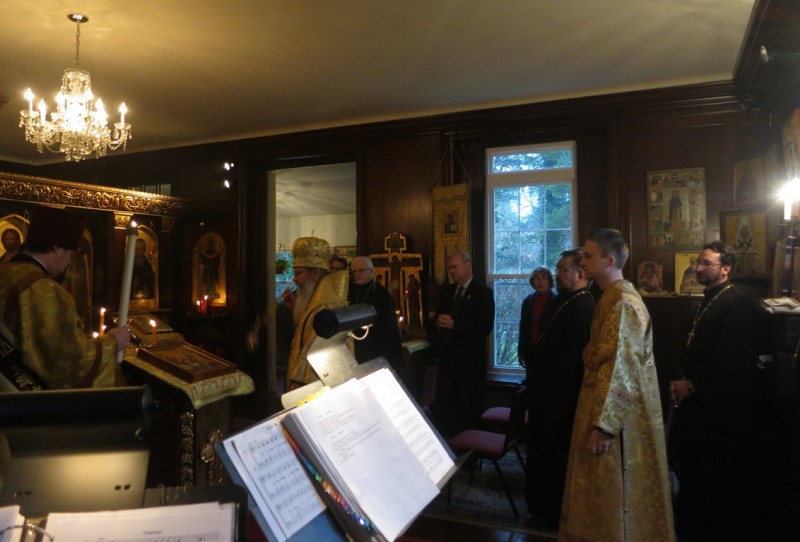 The day began with the celebration of the Divine Liturgy by Metropolitan Tikhon and Protodeacon Joseph Matusiak, after which the chancellors and treasurers were welcomed. 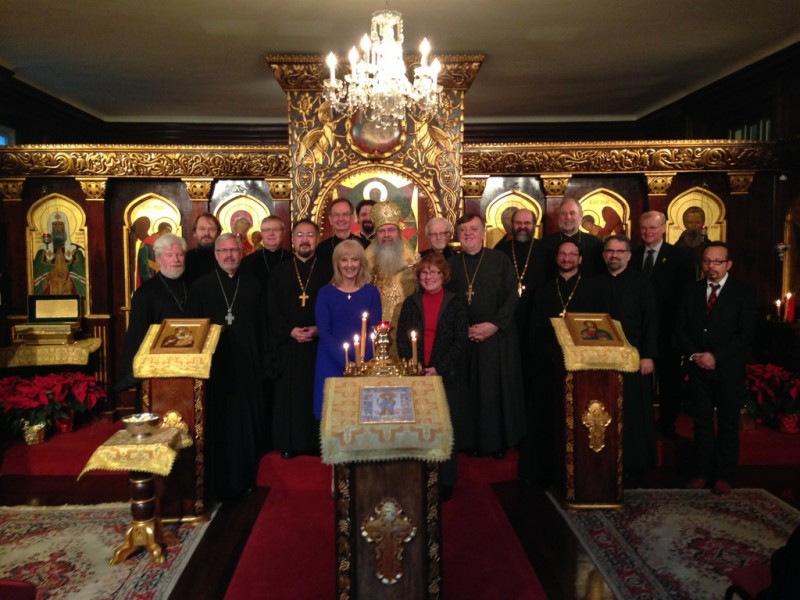 In his opening remarks, Metropolitan Tikhon noted that the “challenge” for the Church today is “to live who we are as the Orthodox Church in America.”  This, he added, is especially important, given several years of “financial, administrative and spiritual turmoil….  We have come through it, but there is still fragmentation that needs to be overcome.”  He added that, while the task of the Holy Synod of Bishops is “to set vision and direction,” the bishops “cannot do this alone, but rely on consultation to assess the priorities that need to be addressed.”  He went on to state that “the OCA needs to live as the autocephalous Orthodox Church in America while collaborating with the Assembly of Canonical Orthodox Bishops in North and Central America in striving for unity.  At the same time, the OCA must continually develop its life by offering a model of how an autocephalous Orthodox Church in North America can work.” 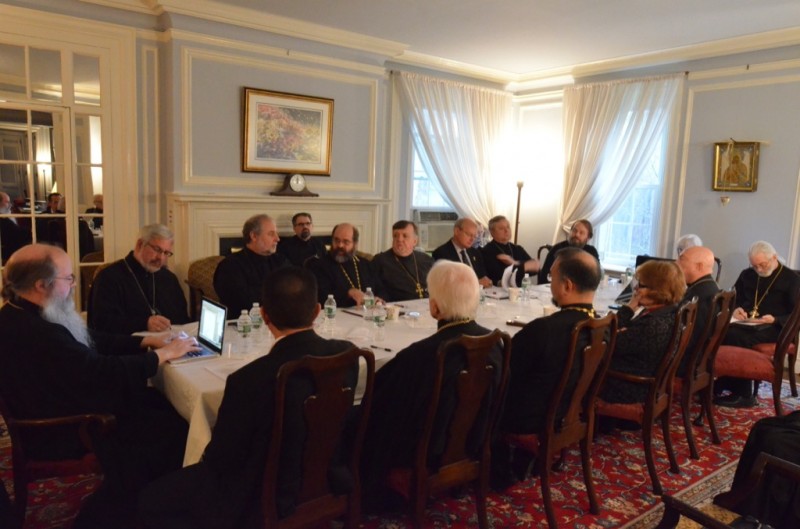 Metropolitan Tikhon also observed the need to “ask forgiveness for the past’s turmoil,” as there are many who are still hurting as a result.  He outlined his hope to gather the abbots and abbesses of the Church’s monasteries to address common issues; to assess the long-term needs of theological education in the 21st century; to provide full episcopal leadership in the case of vacant dioceses; to assess and strengthen the relationship between the dioceses and the Central Church Administration; and to display concern for the health of parishes and their clergy and families.

Archpriest John Jillions, Chancellor, offered brief remarks in which he stressed the importance of meeting with diocesan decision-makers, who provide a “direct link” to the dioceses; of maintaining and strengthening communications initiated during the past two years; and of taking practical steps to overcome the fragmentation to which Metropolitan Tikhon referred.  He advocated the reestablishment of the dormant Department of Pastoral Life, which he said is crucial in maintaining the spiritual health of the clergy and their families.  He added that His Grace, Bishop Mark, recently had been named Episcopal Liaison for the department, and ask the chancellors to suggest candidates who could possibly serve as department chairperson. 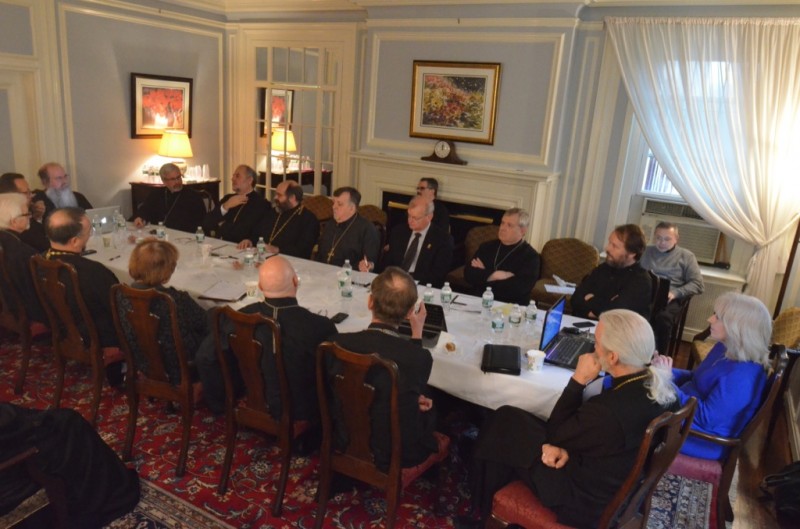 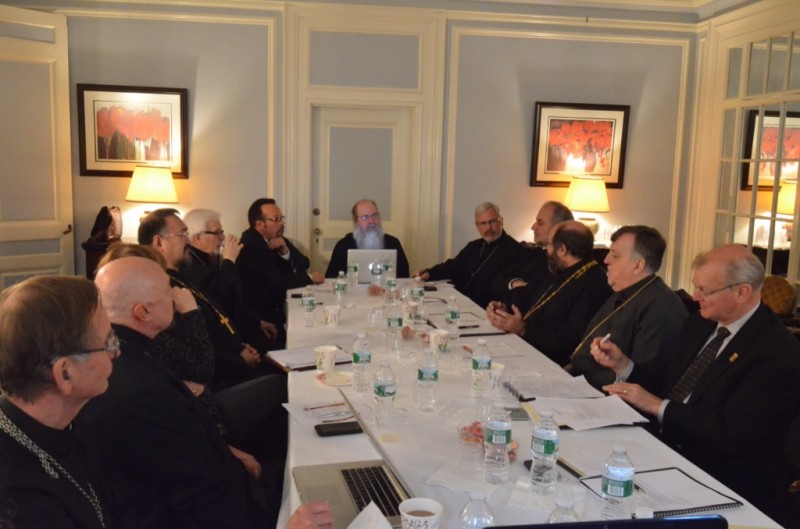 Ms. Ringa offered a review of the Metropolitan Council Finance Committee’s ongoing work and reviewed a variety of financial issues, including the recent establishment of the “Stewards of the OCA.”  [See related story].  In preparation for the 18th All-American Council, slated to convene in Atlanta, GA July 20-24, 2015, a discussion of a draft plan for assessment resolution and an implementation schedule spanning the years 2016 through 2020 ensued.  She also facilitated a lengthy discussion on the steps necessary to implement the decisions of 2011’s 16th All-American Council regarding assessments and proportional giving.  She added that, since last year’s meeting, she has visited individual dioceses to meet with bishops, chancellors and treasurers to assess their particular situations.  The aim will be to draft a proposal tailored to the capabilities of each diocese while addressing the overall needs of the OCA.  It was agreed that Ms. Ringa should continue her visits to the dioceses, and that the latter should develop realistic proposals for 2016-2020 to implement a plan for proportional giving to replace the current assessment system.  Further, it was decided that the diocesan chancellors and treasurers should meet in the summer of 2014 to draft a proposal for presentation at the Fall 2014 meeting of the Metropolitan Council. 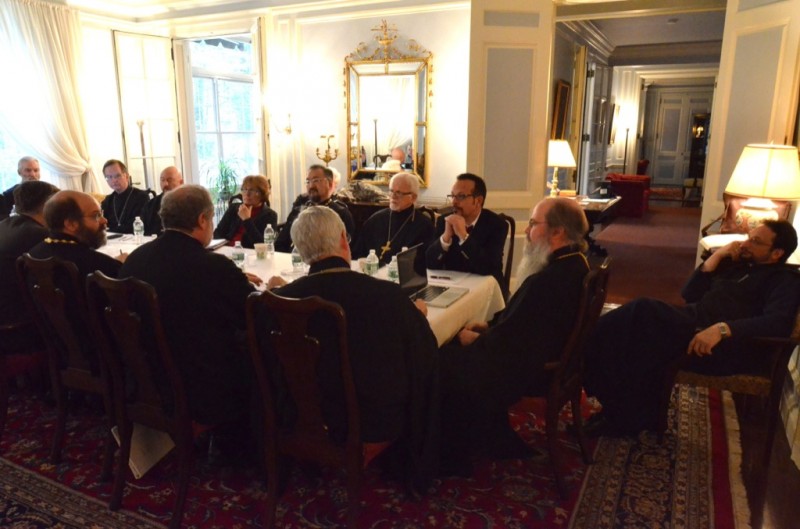