On December 5, 2008, the Patriarch of the Russian Orthodox Church, His Holiness Alexei II, Patriarch of Moscow and all Russia, Reposed in the Lord

On Friday morning, December 5, 2008, His Holiness, Patriarch of Moscow and All Russia, Alexei II, departed to the Lord, after governing the Russian Orthodox Church for eighteen years. The Patriarch was eighty years old when he reposed his Patriarchal residence located in the Moscow suburb of Peredelkino.
admin | 05 December 2008 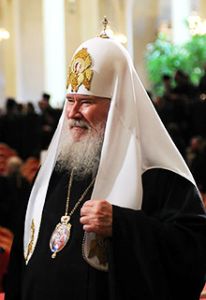 On Friday morning, December 5, 2008, His Holiness, Patriarch of Moscow and All Russia, Alexei II, departed to the Lord, after governing the Russian Orthodox Church for eighteen years. The Patriarch was eighty years old when he reposed his Patriarchal residence located in the Moscow suburb of Peredelkino.

In accordance with the Rule of the Russian Orthodox Church, there will be an emergency meeting of the Holy Synod of Bishops, at which a Locum Tenens of the Patriarchal Throne will be elected. The Locum Tenens will govern the Russian Church until a new Patriarch is elected, and will head the Funeral Commission.

The time for His Holiness, Patriarch Alexei’s funeral service will also be determined at the meeting of the Holy Synod.

In accordance with the Rule, the new Patriarch of Moscow and All Russia must be chosen at a Local Ecclesiastical Council during the course of one-half of a year following the repose of his predecessor, which shall be in this case no later than May, 2009.

His Holiness Patriarch Alexy II of Moscow and all Russia 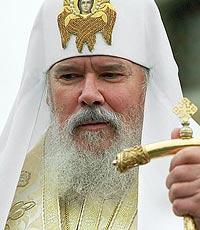 His Holiness Patriarch Alexy II of Moscow and All Russia is the 15th primate of the Russian Orthodox Church since the patriarchal office was established in Russia in 1589.

From his yearly childhood Alexy Ridiger served in the church as an altar boy and a sub-deacon. He also studied at a Russian secondary school in Tallinn.

Alexy Ridiger entered the Leningrad (now St. Petersburg) Theological Seminary in 1947 and graduated from it with honours in 1949. During his first year at the St. Petersburg Theological Academy, Alexy Ridiger was ordained deacon (15 April 1950) and two days later priest and was appointed rector of the Church of the Epiphany at the town of Jyhvi in the Tallinn diocese. Fr Alexy graduated from the theological academy with distinction and was granted the degree of Candidate of Theology.

On 15 July 1957 Fr Alexy was appointed rector of the Cathedral of the Dormition in Tartu and dean of the Tartu church district. On 17 August 1958 he was elevated to the rank of archpriest. On 30 March 1958 he was appointed dean of the Tartu-Vilyandi deanery of the Tallinn diocese. On 3 March 1961 he professed monastic vows at the Trinity Cathedral of Holy Trinity-St. Sergius Laura.

On 14 August 1961 hieromonk Alexy was nominated Bishop of Tallinn and Estonia and was appointed temporary administrator of the Riga diocese. On 21 August 1961 hieromonk Alexy was elevated to the rank of archimandrite. On 3 September 1961 he was consecrated Bishop of Tallinn and Estonia at St. Alexander Nevsky’s Cathedral in Tallinn.

On 14 November 1961 Bishop Alexy was appointed vice-chairman of the Department for External Church Relations. On 23 June 1964 he was elevated to the rank of archbishop. On 22 December 1964 he was appointed chancellor of the Moscow Patriarchate and became a permanent member of the Holy Synod. He occupied the post of chancellor till 20 July 1986. On 7 May 1965 Archbishop Alexy was appointed chairman of the Education Committee. He was relieved of this duty at his own request on 16 October 1986. From 1963 to 1979 he was member of the Holy Synod Commission for Christian Unity and Interchurch Relations.

On 25 February 1968 Archbishop Alexy was elevated to the rank of metropolitan. From 10 March 1970 to 1 September 1986 Metropolitan Alexy was in charge of the Pensions Fund which ensured pensions for the clergy, widows and orphans of the clergy and staff of church organizations.

Metropolitan Alexy fulfilled important functions as member of the commissions for the 50th anniversary (1968) and the 60th anniversary (1978) of the restoration of patriarchal office in the Russian Orthodox Church and as member of the Holy Synod preparatory committee for the 1971 Local Council, chairman of the Local Council procedure group and chairman of its secretariat. From 23 December 1980 he acted as vice-chairman of the preparatory committee for the Millennium of the Baptism of Russia and chairman of its organizing sub-committee, and from September 1986 as chairman of its theological sub-committee. On 25 May 1983 he was appointed chairman of the executive committee for the restoration of St. Daniel’s’ Monastery and the construction of the Religious and Administrative Center of the Russian Orthodox Church in its territory. He remained in this office until he was appointed to the Leningrad (now St. Petersburg) see. On 29 June 1986 he was appointed Metropolitan of Leningrad and Novgorod and administrator of the diocese of Tallinn.

On 7 June 1990 the Local Council of the Russian Orthodox Church elected him to the Patriarchal See of Moscow. His enthronement took place on 10 June 1990.

Metropolitan Alexy’s work in the international field: delegate to the 3d Assembly of the World Council of Churches in New Delhi (1961), member of the WCC Central Committee (1961-1968), president of the World Conference “Church and Society” (Geneva, Switzerland, 1966), member of the WCC Commission on Faith and Order (1964-1968), head of the Russian Orthodox delegation to the theological talks “Arnoldshain-II” with the Evangelical Church in Germany (FRG, 1962), “Zagorsk-V” with the Union of Evangelical Churches in Germany (the Holy Trinity-St. Sergius Laura, 1984), and theological talks with the Evangelical Lutheran Church in Finland (Leningrad, and Piukhtitsy Convent, 1989).

For over 25 years Metropolitan Alexy worked in the Conference of European Churches. From 1964 he was a President (member of the Presidium of the CEC) and was re-elected as such at its subsequent General Assemblies. From 1971 he was vice-chairman of the CEC Presidium and Advisory Committee. On 26 March 1987 he was elected chairman of the CEC Presidium and Advisory Committee. He was the key-speaker on “Serving the World in the Power of the Holy Spirit” at the 8th CEC Assembly on Crete in 1979. From 1972 he was on the Joint Committee of the CEC and the Council of Bishops’ Conferences in Europe of the Roman Catholic Church. He was co-moderator of the 1st European Ecumenical Assembly “Peace with Justice” that took place in Basel, Switzerland, from May 15 to 21, 1989. His term as CEC moderator expired at the 10th CEC General Assembly in September 1992.

Metropolitan Alexy was initiator and moderator of the four seminars held for CEC member churches and other churches in the Soviet Union at the Piukhtitsy Convent in 1982, 1984, 1986 and 1989. Metropolitan Alexy was actively involved in the work of international and Russian public peace organizations. From 1963 he was member of the Soviet Peace Fund Board. He also participated in the constituent assembly of the ‘Rodina’ Society which elected him to the board of the society on 15 December 1975. He was re-elected on 27 May 1981 and 10 December 1987. On 24 October 1980, he was elected vice-president of the USSR-India Society at its 5th All-Union Conference. On 11 March 1987 he was elected to the board of the Foundation for Slavonic Literature and Cultures. He was a delegate to the World Christian Conference “Life and Peace” (Uppsala, Sweden, April 1982), which elected him one of its presidents. He served on the Board of the Soviet Charity and Health Foundation from 24 January 1990 and on the presidium of the Leningrad Cultural Foundation from 8 February 1990. Nominated by the Charity and Health Foundation, he was elected a USSR People’s Deputy in 1989.

Patriarch Alexy is an honorary member of the Theological Academies in St. Petersburg. Moscow and Crete, Greece. He holds the degree of Doctor of Theology from the St.Petersburg Theological Academy (1984); Doctor of Theology ‘honoris causa’ from the Theological Academy in Debrezen of the Reformed Church in Hungary; from the Jan Comenius Theological Faculty in Prague, the General Seminary of the Episcopal Church in the USA (1991), St. Vladimir’s Seminary in the USA (1991), St. Tikhon’s Seminary in the USA (1991). In 1992 he was elected full member of the Russian Academy of Education. In 1993 he was made Doctor of Theology ‘honoris causa’ by the Alaska Pacific University in Anchorage, USA. He is winner of the Kulakosvky State Prize of the Republic of Sakha (Yakutia) “For Outstanding Services in the Consolidation of the Russian Peoples”. He was made honorary professor by the Omsk State University for outstanding services in culture and education and by the Moscow State University for outstanding services in the cause of spiritual revival in Russia. In 1994 Patriarch Alexy was made honorary Doctor of Philology by St. Petersburg University (24 January); honorary Doctor of Theology by the Theological Faculty of the Serbian Orthodox Church in Belgrade (15 May); full member (academician) of the International Academy of Information Technology (Moscow, January 1996); honorary Doctor of Theology by the Tbilisi Theological Academy (Georgia, April 1996); Golden Medal holder by the Faculty of Orthodox Theology of the Kosice University (Kosice, Slovakia, May 1996), honorary member of the International Charity and Health Foundation; chairman of the Public Supervising Council for the Reconstruction of the Church of Christ the Saviour. Patriarch Alexy has been awarded many orders by Local Orthodox Churches and state orders by various countries.

During the years of his episcopal ministry, Metropolitan Alexy has visited many dioceses of the Russian Orthodox Church and many countries of the world and participated in many church events. As Patriarch of All Russia, he has made more than 110 pastoral visitations to different dioceses.

Patriarch Alexy has published over 450 articles, addresses and papers on theology, church history, peacemaking and ecumenical and other issues in the ecclesiastical and secular press in Russia and abroad.