Source: Pemptousia
Pimin, the great Father of the desert, says that if you want to ‘extract’ yourself, to root out your passions, it will hurt and you will bleed. And that really is the truth.
Elder Ephraim of Arizona | 16 July 2018 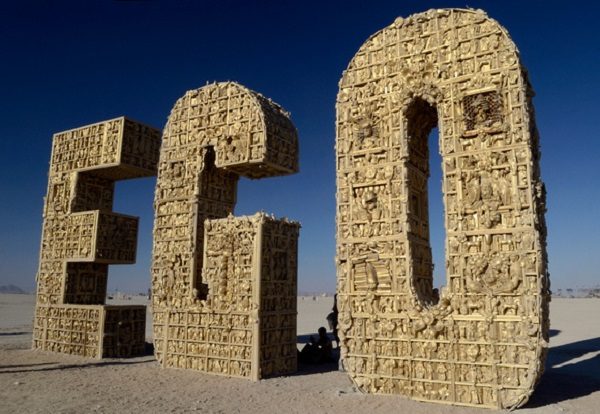 Today we shall speak about the great spiritual sickness known as egotism.

Egotism is an absurd passion and is literally a scourge of the human race; we all suffer from this great sickness. Egotism makes fools and a spectacle of those who suffer from it. God calls upon us to struggle against this egotism and defeat it, to make ourselves free of it.

The ‘old person’ is the passionate state of the soul and is literally egotism.

All the passions, all sins, all falls, have their origin, their starting point in egotism. It’s a great evil. It won’t leave us alone, but tyrannizes us day and night. In general, everybody suffers from this evil, me more than anyone, sinner that I am.

When I was first with my holy Elder, when I first went to him in that forbidding place in the desert, it was there, at his side, that I recognized my egotism and saw it in practice.

When I was out in the world, church people thought I was a blessed child. I didn’t like being thought of in this way, but gradually this praise did me harm. I saw just how much harm when, by God’s grace, I made a start at overcoming all my passions spiritually.

When I first went to the elder, he began his oversight, began his cure from the very first day. He dealt strictly with me – he constantly rebuked me, got on to me, and tired me quite a bit, because I was weak spiritually.

It’s true that, when he chastised me, in other words when he put the medicine on my wound, it hurt. My egotism lashed out within me and said: Why is it only me that the elder’s so strict with? Why is it me he gets on to? Why and again why?…’. I reacted against the blessing of the elder, I spoke back at him, I fought against him. Often enough, after an outburst, I would go back to my cell, pick up the cross, and cry over Christ crucified, saying to him:

‘My sweetest Jesus! You who were sinless God suffered so much evil, so much opposition, such cursing and mockery from such a great crowd of people who hated you and bore such ill will against you. In your forbearance, you suffered all that out of love for me and my salvation. Who am I, as a sinful person, passionate and wretched, to complain and ask why my elder gives me the bitter medicine for my salvation. I deserve all I get. So I haven’t a single excuse and just have to be patient and take up the cross which Your goodness has given me for my salvation’.

This is what I said to Christ and it really did bring me great relief. After I had cried so much I felt my heart swell so then I could be patient to the end, so that I could be crucified spiritually and thereafter accept the resurrection of my soul.
***

Many examples of holy people give us the courage to take up this cross, this teaching on dealing with the horror of egotism. It’s a wicked passion, difficult. It’s one that thoroughly ensnares the heart. This is why Pimin, the great Father of the desert, says that if you want to ‘extract’ yourself, to root out your passions, it will hurt and you will bleed. And that really is the truth.

When someone rebukes us, upbraids us, we immediately feel a riposte, an internal difficulty, a reaction, a suffocation, a pressure which impels us to fire back, to retaliate, to become angry with the person who’s lorded it over us. That’s the time when we need to steel ourselves, when, deep down in our soul, we have to swallow that medicine against egotism. We have to choke off the savage beast that threatens to emerge from within us and make us do wrong. From then on, if we do so every time the beast is about to make its appearance, gradually it’ll die on the inside. If you lock a wild animal up in an enclosed space and don’t feed it, don’t throw it any food, then after a certain length of time it’ll naturally die. So it is with the savage beast of egotism: if we don’t feed it by giving in to it, then slowly, by God’s grace, it’ll disappear.

A nun went to Abba Pambo and said to him: ‘Abba, I fast a great deal and eat only every seven days. I also perform other ascetic acts. I’ve learned the Old and New Testaments by heart. What else should I be doing in order to reach perfection?’

The wise Elder said to her: ‘

‘When somebody curses you or mocks you, does it feel to you, inside, that they’re praising you?

‘When somebody praises you, does it feel, inside, as if they’re cursing you?’

‘Be on your way, then, child. You haven’t done anything yet’.