Orthodox Christians constitute 43 percent of the Russian populace, but they have less churches and parishes per believer than any other major confession in the country, according to a new study presented on Wednesday. 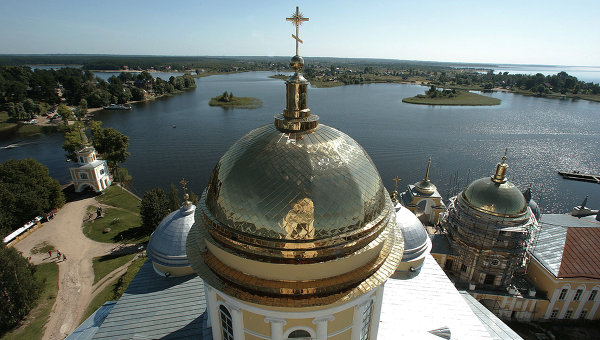 “There’s a huge demand for faith, which is not being met” due to a shortage of religious facilities, religion sociologist Roman Lunkin of Sreda pollster said at a presentation in Moscow.

Sreda’s arguably counter-intuitive findings are based on a sweeping poll of 56,900 respondents by Public Opinion Foundation and nationwide statistics on almost 25,000 “religious associations” – i.e. churches and their analogues – by the Justice Ministry.

Though a common belief, often cited by media and politicians, claims that 80 to 90 percent of Russians belong to the Russian Orthodox Christian Church, only 41.1 of the population, or 61 million people, identified themselves with it, the study showed. Another 2 percent belong to various other branches of Orthodox Christianity such as the Old Believers.

The poll contradicts a recent study by Public Opinion Foundation, which put the number of Orthodox Christians in Russia at 64 percent in August. The study covered 1,500 people and had a margin of error of 3.4 percentage points.

The smaller figure shows the number of serious believers, eschewing those who only identify as Christians because of its traditional role in Russian culture, Lunkin said.

Islam followed with 7 percent in Sreda’s study, whereas Catholicism, Protestantism, Islam and Buddhism all scored within the margin of error, which stood at 1 percent.

About 25 percent were believers without confessional allegiance, 13 percent said they were atheists and 5.5 percent failed to specify their relationship with the Divine.

But there is only one registered religious community per some 4,200 Orthodox Christians in Russia, compared to 2,250 for Islam and 2,920 for Buddhism.

Catholic church sported one community per 794 believers nationwide, while Judaism served 394 people per community. Protestants were the runaway leaders, averaging a flock of 87 per church or congregation hall.

The poll, conducted between May and June and modeled on Western surveys such as the European Values Study, did not cover religious movements more exotic for Russia, such as Jehovah’s Witnesses, the Mormons or the neo-pagans.

Some 600 religious associations of this kind are registered in Russia, but up to 5,000 more may be operating without formal registration to avoid trouble from authorities, Lunkin said.