When Christian leaders gathered to commemorate the 1,700th anniversary of the Edict of Milan that established the toleration of Christianity in the Roman Empire, they met in the Serbian town of Nis. 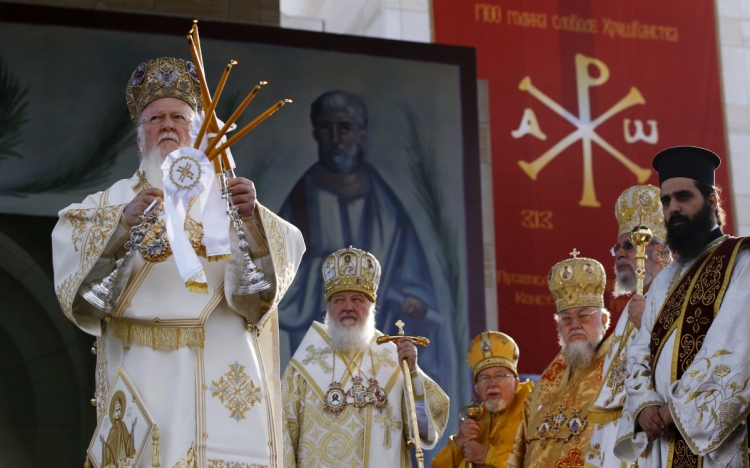 That is because the city, then called Naissus, was the birthplace in 272 of Constantine, the Roman Emperor who issued the diktat legalizing Christianity.

The edict was passed in the year 313 in Milan.

“Constantine the Great determined the religious policy of most of his successors as Roman emperors and beyond, becoming a model for many Christian European kings and emperors, both from East and West,” said Rev. Olav Fyske Tveit, general secretary of the World Council of Churches, during the celebrations in Serbia.

“His legacy is still helping to determine Church-State relationships in Europe and elsewhere,” said the leader of the WCC, which includes the main Orthodox churches among the 560 million Christians it represents.

Leaders of several Eastern Orthodox churches had gathered in Nis on October 6 to commemorate the anniversary and other celebrations took place in Belgrade.

“Many Christians are being persecuted these days in the Middle East, in Syria, Egypt, Iraq and Nigeria and other places, only because of the word of God and the testimony of Jesus,” said Ecumenical Patriarch Bartholomew I of Constantinople said.

“They cherish everyone and are persecuted by all,” said Bartholomew whose patriarchate is based in Istanbul and is a member of the World Council of Churches.

Patriarch Kirill I of Moscow told journalists, “Today, when some people doubt the relevance of this Christian source of European civilization, we, Christian Orthodox churches and all Christians of Europe, should help our contemporaries realize and sense once again how important this source is for shaping the spiritual and moral profile of Europeans,” Russia’s Interfax news agency reported.

Pope Francis did not attend the liturgy on behalf of the Roman Catholic Church in Nis, a sign that the centuries-old divisions between the two main Christian churches have not been healed, despite actions by both moving to to reconciliation and dialogue.

The Catholic Church celebrated the same anniversary at a mass served in Nis in September led by papal envoy Cardinal Angelo Scola of Milan.

He called for the release of Syriac Orthodox and Greek Orthodox Archbishops Yohanna Ibrahim and Paul Yazigi, who were abducted in April during fighting in the Syrian city of Aleppo.