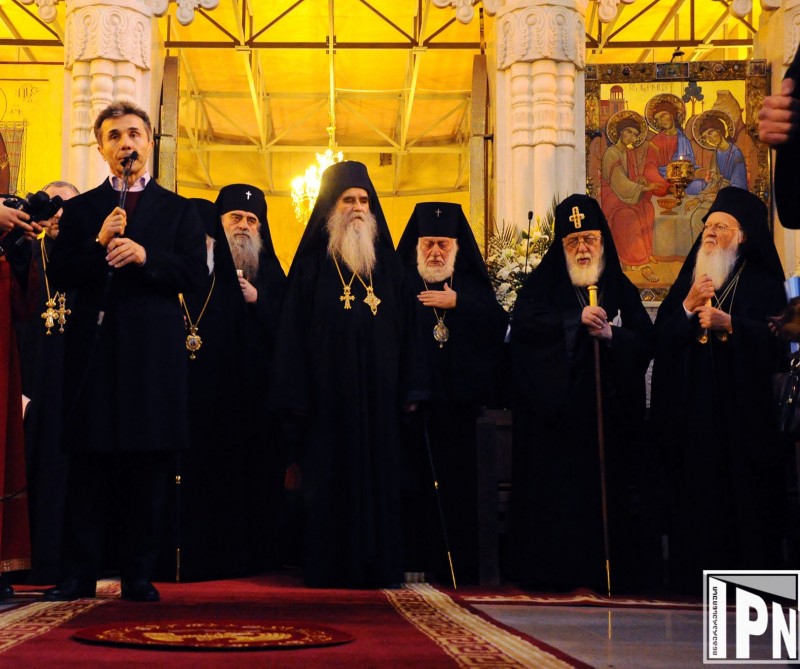 The guests arrived five days ago in order to congratulate Georgian Patriarch Ilia II with his 80th birthday and 35th year since his inauguration. Patriarch Bartholomew I of Constantinople is among the guests.

Also among the guests were the Serbian Patriarch, Metropolitan of Church of the Czech Lands and Slovakia and the Metropolitan of Bulgaria, as well as a delegation from Russia chaired by Metropolitan Hilarion, Bishop of the Russian Orthodox Church outside Russia, accompanied by two other bishops.

A few days ago, President Mikheil Saakashvili hosted guests and the Speaker of Parliament at his house. There was a concert at Tbilisi Concert Hall and a one-day science conference at Georgian University of the Patriarchy.