The following fifteen years have been devastating to the peace of most American churches. People who have lived through these battles are battered and worn. And yet - unbelievably enough — Orthodoxy has remained untouched. It’s as if the contemporary American furor is just a tiny blip in history, and not our concern. We still don’t have demands for gay marriage, or nuns agitating for women in the priesthood. We don’t see theological revision or liturgical innovation.
| 29 August 2008 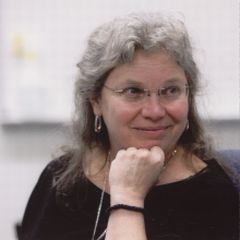 “What are the controversial issues in Orthodoxy?” This question, recently posed on a Beliefnet message board, is the dandelion in the lawn of Orthodox inquirers. It’s the question I kept asking, fifteen years ago, when my family was deciding to leave our mainline denomination. If we became Orthodox, what would we be getting into? Was it going to be the same heartbreaking arguments and debate – just over pierogis instead of doughnuts?

Well, there are controversies in Orthodoxy, all right, but they’re not *those* controversies. You can find people on the internet arguing heatedly about whether churches should follow the old or the new calendar, or whether Orthodox should participate in any kind of ecumenical dialogue. But the fierce internet debates don’t seem to come up much at the parish level (though you’ll find garden-variety power struggles, nominal faith, and other frustrations that plague any church).

Some very big controversies are actually on the mend. For a century there was a split between those Orthodox who left Russia in order to preserve the faith, and those who stayed behind. But on the feast of Pentecost (June 19, 2005), leaders of both bodies signed an agreement that paves the way for reunion. That’s cause for rejoicing.

So, yes, there are controversies — but that’s not what American inquirers mean. What about gay marriage? What about women’s ordination? Is there an abortion-rights movement in Orthodoxy? Are there bishops who teach that the Resurrection was a myth?

Those are the questions causing turmoil in most American denominations. When my husband and I began looking into Orthodoxy, gay issues weren’t yet on the horizon, and we didn’t have any problem with women’s ordination. (I attended seminary myself and sought ordination, until I got a good look at how hard a pastor’s job is.) What concerned us instead was theological upheaval – for example, bishops questioning the Virgin Birth, miracles, and the bodily Resurrection. We wanted to find a place where our children could be secure in the original faith. My husband had a t-shirt that read, “Have a Nicene Day!”

But as I moved toward my chrismation I felt worried. I could see that Orthodoxy was preserving the faith just fine – for now. But it had no visible means of *enforcing* that faith. The Orthodox hierarchy doesn’t have the kind of power that high-ranking clergy do in other churches. There isn’t even a world-wide governing board to hold all the various Orthodox bodies together. On the ground it looked pretty ad hoc, especially in America, where waves of immigrants have set up parallel administrative bodies.

And there didn’t even seem to be an Orthodox *catechism,* for goodness’ sake. It seemed like the faith was supposed to be learned almost by osmosis, by living it. How could that work? If a church with an infallible pope and a magisterium could have as much rioting in the pews as the Catholics did, what hope did the Orthodox have?

So I figured it was just a matter of time. Trying to maintain the classic faith without a powerful hierarchy didn’t look like doing a high-wire act without the net; it looked like doing it without the *wire*.

The following fifteen years have been devastating to the peace of most American churches. People who have lived through these battles are battered and worn. And yet – unbelievably enough — Orthodoxy has remained untouched. It’s as if the contemporary American furor is just a tiny blip in history, and not our concern. We still don’t have demands for gay marriage, or nuns agitating for women in the priesthood. We don’t see theological revision or liturgical innovation. The biggest controversy today would be the painful wrangle among Greek Orthodox about their charter – yet, when it comes to theological and moral issues, people on both sides there still believe the same things. That’s what being Orthodox means: holding a common faith. All the “big questions” were settled over a millennium ago, and no one is inclined to revise them.

How can we resist the cultural tides this way? I have a theory. I think it’s because you can only change something if you have the authority to change it. You have to be in a position of power, enabled to explain and define the faith anew; or you can battle noisily against those in that position, and make it awkward for them to use their power. In any case, faith is understood as something eternally under construction, responding to the challenges of each new generation.

But in the Orthodox Church, nobody has that kind of power. The church is too decentralized for that. Even those who are our leaders are a different kind of leader. Orthodoxy is less of an institution (like, say, the Episcopal Church) and more of a spiritual path (like Buddhism). It’s a treasury of wisdom about how to grow in union with God — theosis.
And that wisdom works, so people don’t itch to change it. It doesn’t need to be adapted to a new generation, because God is still making the same basic model of human being he has from the beginning. Practictioners of the way don’t find it irksome or boring; they just want to get into it deeper. For us, authority is not located in a person or an organization, but in the faith itself – what other Orthodox before us have believed.

Every question is settled by asking, What did previous generations believe? And since previous generations asked the same thing, the snowball just keeps getting larger. Against that weight of accumulated witness, a notion that blew in on the cultural breeze doesn’t stand a chance.

What’s surprising is that there is so little variation from culture to culture. As missionaries carried Christianity to new lands, each new outpost looked back to the “faith once delivered.” So Russian, Greek, Romanian, Antiochian and other Orthodox all share the same beliefs. Even the Oriental Orthodox, the Armenians and Copts and others, who have been separated from us since the fifth century, still look an awful lot like us. They, too, are looking back toward the authoritative early faith.

So someone who wanted to challenge Orthodoxy would not be able to locate a building to hold a protest march in front of. The faith is too diffused. And what if a high-ranking hierarch attempted to enforce innovations? He’d be recognized as a kook and rejected. Anyone who disagrees with the inherited faith has stepped outside the building.

Although we don’t have innovation, we do have nominalism. Lots of Orthodox go to church every Sunday but don’t know much about the faith. Yet they know that there is something that they don’t know much about. They don’t try to redefine “Orthodoxy” to cover whatever they’re doing or not doing. If they’re dissatisfied, if they want something more contemporary, if they want to attend a more “American” church, there are plenty they can choose from.

And meanwhile, of course, lots of people are coming in the other door. The Dallas Morning News reports that, in the Antiochian Archdiocese, 78% of the clergy are converts. This means an infusion of parish leaders who are very well-informed about theological and cultural issues, and very intentional about why they have become Orthodox (sometimes at great personal sacrifice).

So instead of spending the last fifteen years fighting and worrying and being bruised in a hostile denomination, I’ve been able to focus on the face of Jesus Christ. I’ve been able to dig deeper into awareness of my own sinfulness, and take baby steps toward spiritual healing. I’m able to worship in an ancient communion full of awesome beauty, one that is now being blessed with quiet revival. My one regret? That I didn’t do it sooner.