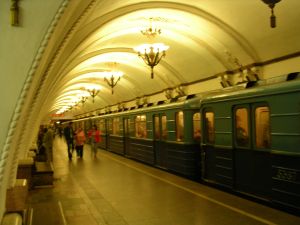 Graduates of an Orthodox missionary course will have a chance to put theory into practice, serving as train station parish consultants, Interfax reported Wednesday.

“During rush hour, professionally trained people will be available at train stations to advise anyone regarding the Orthodox faith and to hand out short texts such as leaflets and missionary booklets with further information,” Priest Dmitry, head of the church’s Moscow missions department, was quoted as saying.

The Orthodox church is known to frown upon missionary activities conducted by members of other denominations, particularly the Roman Catholic Church and Protestant faiths, which it refers to as “sects.” Installing their own missionaries at train stations may be seen as an acknowledgment of the need for counseling and pastoral care to be readily available in public places.

The move is the latest in a series of expanding Orthodox missionary activities in Russia. Patriarch Kirill personally controls the church’s missionary department.