Orthodoxy and the Enlightenment

How do Orthodox assess the so-called “Age of Reason,” that period of heady optimism between the Restoration of the Monarchy in England in 1660 and the French Revolution of 1789? It was in this period that the seed of humanism, sown in the Renaissance and germinating in the Protestant Reformation finally came to full flower in what is today called the “Enlightenment.” 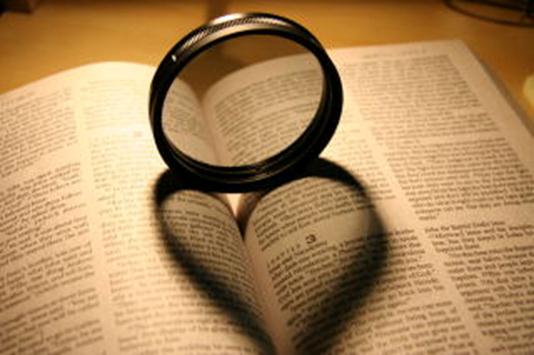 “Enlightenment” suggests the emergence of humanity from the darkness of a preceding age. Already the anti-Christian, secular agenda of the Age of Reason becomes clear. It is in this time that the adjective “medieval” becomes a term of abuse. It is in this time that the natural science comes to regard theology as a straight-jacket from which it will gladly rid itself. The new merchant class will embrace Non-Conformity as a strike for freedom against the established Anglican country class of inherited wealth and prestige. The Industrial Revolution will generate an unchurched class and drive Britain towards a glorious Empire in which Anglicanism will redefine itself as a denomination riding on the back of colonialism. Much of this, however, is for later. The roots of the Enlightenment are in neither machinery nor capital but in a secular philosophy which will replace what remains of Orthodoxy in the West.

The heroes of this age are Sir Isaac Newton and John Locke. Both are believers but not in the Orthodox Christian sense of that word. They believe in the natural law of creation and the reasonableness of Christian morality, but not in miracles, revelation, resurrection, salvation, regeneration and the sacraments of the Church. They are crypto- (if not actual) deists. Hand in hand with the Whigs in politics, this new intelligentsia lays the foundations of a movement which will sweep across much of Europe. Voltaire, Diderot and Rousseau seize on the new thinking to widen the breach between a compromised French Church and a disenfranchised peasant class which they, like all good bourgeoisie then and since, manipulate to seize power themselves. On the Continent and starting in France, the anti-Christian bias of this movement towards “reasonableness,” paradoxically, generates the irrational excesses of Revolution.

Mercifully, Great Britain is saved from the violence of this Age of Revolution but its Christian culture will remain stifled by this watered down “rational” moralism for a century or more. Only with Wesley and the Methodists will the English working class be reached for Christ, but on the basis of the heart rather than the mind. Here will start the Evangelical Revival. In the meantime, some Anglican Churchmen such as Berkeley and Butler will valiantly attempt to halt the slide towards Deism which, in the Spirit of the Age, preaches a rational, cool and distant god. He it is who makes laws and simply sits in heaven doing nothing while the real work is done by reasonable men who obey both His will and the natural law and have everyone’s best interests at heart. How comforting! How Establishment!

In truth, however, the real end of the Age of Reason comes with the French Revolution whose bloody excesses remind all of Europe that the preachers of the new rationality can be just as cruel and oppressive as their aristocratic predecessors. David Hume completes the demolition of this confidence in Reason by showing how tentative all our approaches to the natural world and truth can be. By emphasising the need for evidence without presuppositions of any kind, he helps to usher in a new confidence, not in Reason as such, but in the rise of Science.

So much for the historical survey. But how does the Orthodox Church react to all of this? We have no or little evidence from the period itself. The Mediterranean Orthodox World was cut off from the West being incarcerated under Ottoman Islamic rule. The Russian Church was too busy dealing with a Tsar in Peter (the so-called) “Great,” who seemed to spend much of his time aping western ways. Significant Orthodox responses only emerge retrospectively and then, mainly, in relation to the legacy of the Enlightenment for western churches down to this day. It is this legacy that informs how we Orthodox must make our mark now.

Orthodoxy lies way distant from the Enlightenment because its approach to the human mind is so radically different. We do not believe that the human mind is so pure that the exercise of unaided reason will inexorably lead to certain self-evident truths about God and humanity, or simply, just humanity. We cannot even tread part of the way with David Hume because it must remain a sorry little faith that only relies on evidence.

We might be tempted perhaps to join with Protestants in our emphasis on revelation rather than reason or evidence; but no, our understanding of revelation and evidence is of quite a different character. If a Protestant Christian cannot accept revelation as God’s steamroller grinding into history and flattening everything before it, he must eventually side with the rationalists and have done with such debased notions of God‘s action. This is, indeed, what many Protestants have done as their Calvinism has collapsed under the weight of modernity. We cannot even side with what we may call the “heart-Christians,” the Methodists, Pentecostals and Charismatics. They would make of Christianity a “warm glow” and little else, reducing it as surely as the Quakers did before into pious platitudes and social activism. Orthodoxy is bound to regard all western reform movements as well intentioned but essentially suspect until a more radical analysis of the problems of the western Christianity is undertaken.

One good place to start is the relationship between the mind and the heart. It was the medieval scholastics led by the Dominicans who had first begun the grand enterprise of Reason, namely, to discern and confirm the great purposes of God using the faculties of the human mind. Although Protestants rebelled against this, many Reformed Churches eventually substituted their own scholasticism of the mind. The Enlightenment was the inevitable anti-Christian resolution of this trend. Developing in a parallel fashion, both before and after the Reformation, the religion of the heart was propagated by the Rhineland mystics, the Spiritual Franciscans, the Anabaptists, the Quakers, the Methodists and the Pentecostals. However, these two tendencies in the West, the mind and the heart, remained quite distinct. Sometimes, open warfare broke out between them, but each, essentially had its own separate domain, method and spirituality and each was often defined against rather than for the other.

Enter now Orthodoxy, a quite different idea, or one should say, a different ascetical practice, now largely forgotten in the West. In the highest work of Man, prayer, the mind descends into the heart. There, the mind remains in tact, still active and functioning; but in the heart it listens to a Song wider and deeper than its own reasoning, the murmuring of the Holy Spirit who reveals the Living Word, Christ-God, whom it must worship before it understands. However, having met Christ in the heart and having battled against all the demons that would seek to dethrone His just and gentle rule, the mind resurfaces to the active realm to understand the blessing it has received. This understanding combines all that is good and noble in the human and natural sciences, not in an “easy” humanism that would sell its Christianity for acceptance by the world, but in a new synthesis, the transfiguration of all that is human by the Word and Power of God.

In this synthesis of Holy Orthodoxy there are no battles between Faith and Reason, between Heart and Mind, between Religion and Science, between the individual and the community. All are one in God and this unity extends from humanity to the whole Cosmos.

Let us recall then that the source of this true Enlightenment is in the meeting between the mind in the heart and God. This Enlightenment is not simply thinking about God or feeling His Presence. It is a struggle with and for God begun in baptism and completed only on the Last Day when the Kingdom of God and the Cosmos will be utterly and indistinguishably joined together in Love. In the Love of God, the mind and the heart are already one. Orthodoxy has no need of any extra added Enlightenment. It is Enlightenment itself. Introduce Orthodoxy to the West and the old destructive so-called “Enlightenment” will just shrivel. Soon may that day come!