Our Laxity towards Sin 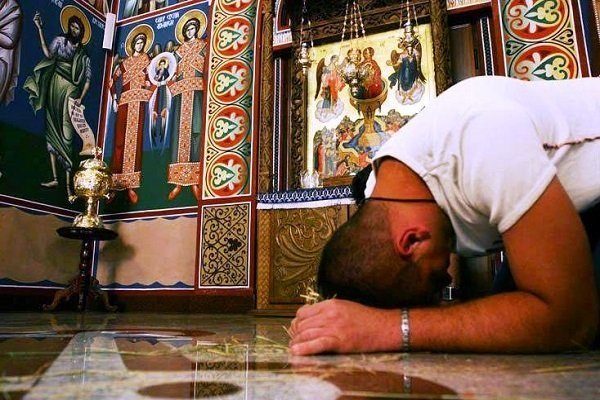 As we all know, people were made ‘in the image and likeness’ of God. Of course, the ‘likeness’ was besmirched after the expulsion of our first ancestors from Paradise and their defection to sin. But we’ve been given a second chance to return to our Heavenly Father. This path begins with baptism and chrismation which bring the faithful into the Orthodox Christian faith. From this moment, they’re introduced into the arena in which they’ll be called upon to struggle throughout their life for the salvation of their soul. Unfortunately, however, not all of them manage to attain their goal successfully. There are many reasons for this, be they ignorance, indifference, egotism and so on. The main problem we face in all eras is jealousy, which derives, as do all the sins, from egotism. When the passion of jealousy takes hold of people, it can lead to terrible consequences, such as perjury, gossip and even murder. 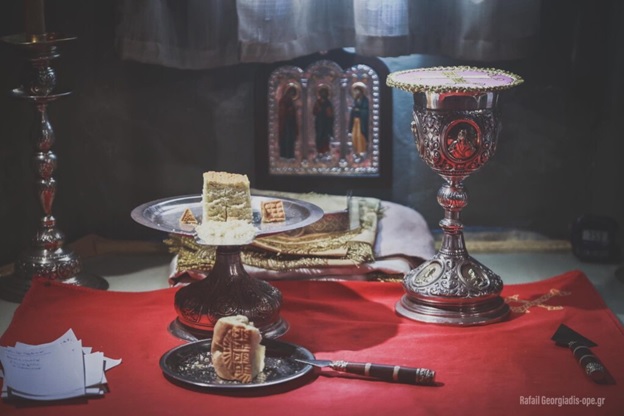 Unfortunately, in the period of quarantine due to the corona virus, many people who were afraid for their health, betrayed neighbors, friends, priests and so on. These stool-pigeons represent a dangerous course, one that feeds on not only jealousy and egotism, but also malice and fear. This leads people to betray all and sundry out of concern for their safety.

Orthodoxy, however, preaches something entirely different. We sacrifice ourselves for other people, we don’t wish to get rid of them. In the Orthodox Church there’s no question of ‘your death means my life’. The fact that many citizens informed on priests in particular, for serving liturgies or giving communion to people, should be a matter of concern for the faithful. The whole of this period of time has revealed the lack of faith among people, at every level. How can we make any progress in the spiritual life if we concentrate on the sins of other people rather than on our own? Priests who gave communion to people were remaining faithful to their mission and weren’t doing anything reprehensible. What happened during this time is genuinely worrying, but we must draw a lesson from the experience. The gaps in all of us were exposed and so we now know what we must do to fill them. Gossiping and grassing don’t hurt other people so much as they do the person who engages in them. Orthodox Christians should look at their own life, not egotistically, but practically, bearing in mind their sinfulness. Every day we must recollect death and this should function as a check on the sins each of us commit. It’s very important, particularly in small communities (little towns, villages and so on) for people to realize what when they engage in gossip or passing information, they damage the other person, certainly, but not so much as they hurt themselves. These actions may seem insignificant, but they lead to a terrible situation which increasingly removes us further from God. Great sins are begotten from little ones. An insignificant detail will lead to greater laxity and will later become an acute sin, which might not have occurred if the person concerned had been more careful in the first place and hadn’t left a window open for the devil. It’s important not to allow fear to dominate our life. Fear is human but to persist in it is a great sin. Cowardice benefits no-one, as we can see from a study of the Orthodox faith and our centuries-old history. Through faith we each need to rekindle our courage and proceed through life unbowed by any problems we might face.

This problem derives, however, from a much greater and serious issue. What we’re seeing in recent years is a relaxation in the way we confront sin. Because of ignorance and, perhaps because of injudicious handling on the part of the clergy of the Church, people today have forgotten the importance of the sacrament of confession. The body’s nourished, but the soul remains forgotten This is why there’s such an explosion of psychological problems in the world. Nobody talks, and worse, nobody listens regarding what it is that harms people’s soul. There’s a prevalent complacency that leads to inertia and a reduction in people’s spiritual powers. Every area, be it a large city or a small village stands in need of instruction in the Orthodox faith. The conditions may be different, but the spiritual needs remain the same for each Christian. This situation needs to change so that there’s more instruction in all the parishes in the Orthodox Church, in order to increase people’s faith. If we stay in the status quo as it is today, the instruction of the Church will fall on deaf ears among the people. It’s not too late, even at this stage, to rekindle people’s faith, as has been shown by many examples which have occurred during this period.

Many priests complain that people are indifferent, which may be true, but this shouldn’t intrude into the ranks of the clergy. The Church functions as a transmitter. It’s continuously sending out a signal, but it’s in the hands of the faithful whether they’ll tune in to the right frequency in order to listen to the truth. It’s up to each of us to start the spiritual struggle for the salvation of our soul. Defeat comes only when we surrender. The life of Christians is a struggle, through which, with God’s help and our own spiritual efforts, we can reach deification.

This is what we must bear in mind and mustn’t disregard the care of our soul. With continuous work and participation in the sacraments of the Church, the faithful can overcome every impediment in their life. It’s only through optimism, joy and courage that we can make our way in the world and arrive at what we desire: the Heavenly Kingdom.