Over 100 priests to work at Sochi Olympics 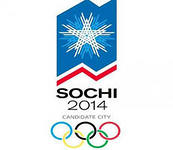 Sochi, January 21, Interfax – Over 100 priests of the five world religions will work in the Mountain and Coastal Clusters of the Olympic and Paralympic Winter Games in Sochi.

“Over 100 priests will be on duty and provide spiritual and psychological help to participants, guests and spectators of the Olympic and Paralympic Winter Games in Sochi,” press service of the Sochi administration told Interfax on Tuesday.

Three interreligious centers will function in the Olympic Park in the Coastal Cluster of the Adler District in Sochi, and there will be prayer rooms in the Mountain Cluster in Krasnaya Polyana.

“There won’t be regular services,” the interviewee of the agency said.

The 21st Olympic Games in Sochi will be held from February 7 to February 23, and the 11th Paralympic Games will take place from March 7 to March 16.