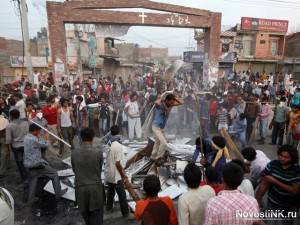 Three months after a mob of 3,000 Muslims attacked a Christian neighborhood in Lahore, Pakistan’s second-largest city, few of the perpetrators are in prison.

Hundreds of those detained immediately after the incident were released; of the 83 who were arrested, 31 have been released on bail.

“Most of the people who were stopped after the attack were declared innocent by the police and immediately released, for corruption or political pressure,” said Naeem Shakir, a Christian lawyer.

Meanwhile, the Christian whose arrest on blasphemy charges was the occasion for the rampage has gone on trial. Sawan Masih denies that he insulted Muhammad.