JERUSALEM, November 12 (RIA Novosti) – Patriarch Kirill of Moscow and All Russia finally consecrated a Russian cathedral in a Jerusalem suburb on Monday, just over a century after construction began at the site.

“Today is a special day for the convent, for the entire Russian Orthodox Church and personally for me,” the patriarch said after holding a liturgy in the Church of All Russian Saints.

The foundations for the Church of All Russian Saints in the Gornensky Convent were laid in 1911, but construction was suspended 1914 and only resumed in 2003. The Gornensky Convent is situated in the Jerusalem suburb of Ein Karem, where according to Christian tradition, John the Baptist was born.

Patriarch Kirill, elected to head the Russian Orthodox Church in 2009, recalled visiting the site in 1969 when the church building consisted of just four walls without a roof or floor.

Nuns and hundreds of pilgrims attended the consecration ceremony. The convent, founded in 1874, currently has some 60 nuns. 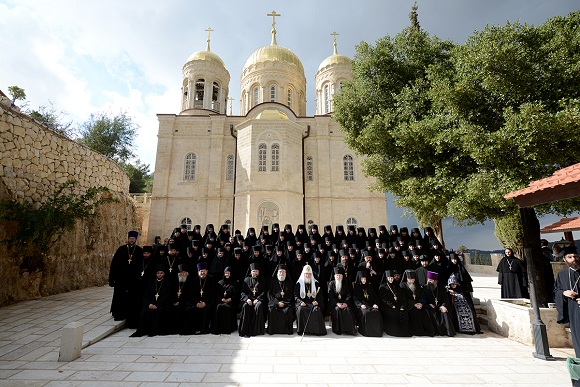