His Beatitude Patriarch Daniel of Romania sent a letter to His Holiness Patriarch Kirill of Moscow and All Russia, in which he expressed his support of the Moscow Patriarchate’s initiatives concerning the protection and promotion of the Gospel principles and of the Christian traditions in society. The text is given below. 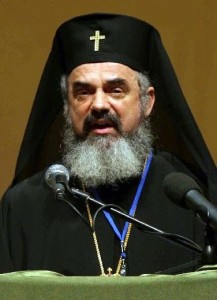 Beloved brother and concelebrant in Christ, our Lord,

In the recent period, we have learned about some reprievable acts against both the Russian Orthodox Church and against Your Beatitude personally.

Unfortunately, the anti-Christian attitude of some persons or associations claiming to represent the civil society is manifested more and more often all over the world. The moral perennial values of Christianity promoted by the Orthodox Church are increasingly despised in a preponderantly individualistic and secularised society, which unfortunately can no longer perceive the presence of God and understand the need of the communion with Him.

Certainly, during the hard years of the communist dictatorship, our Churches learned not to accept culture without faith, science without spirituality, matter without spirit, knowledge without communion, philosophy without hope, and, most of all, a society without God. Unfortunately, we observe that the capitalist society of today is often hostile towards the Church and her work in the society.

In this context, we think that precisely during such trials, the consultation and cooperation between our sister Orthodox Churches strengthen us in defending the true faith and in cultivating the fraternal communion.

With deep esteem and brotherly love in Christ,

Patriarch of the Romanian Orthodox Church