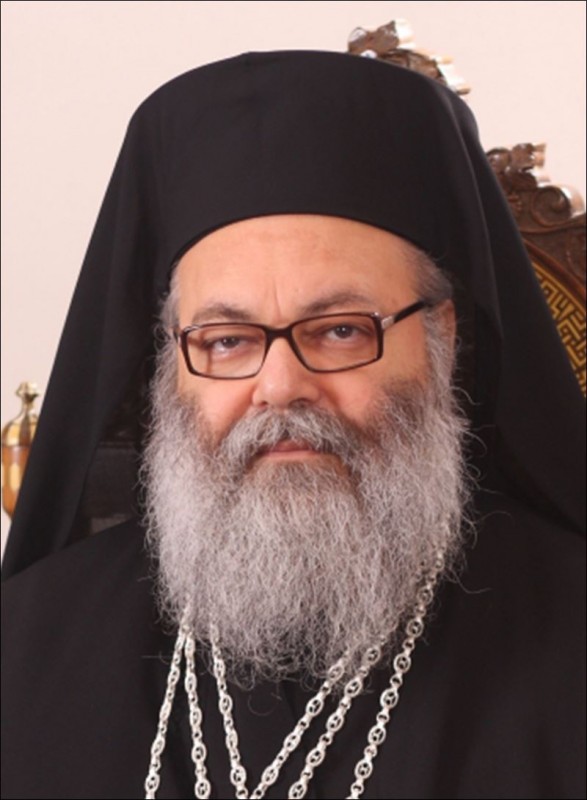 On occasion of New Year, Greek Orthodox Patriarch of Antioch and All the East John X Yazigi presided upon mass at the Marimaite Cathedral of Damascus on Wednesday.

In his New Year sermon, Patriarch Yazigi said that a peaceful political solution, unconditional dialogue and accepting the others are the only ways to end the crisis in Syria.

“We want Syria to be always a homeland for togetherness where mosque minarets and church bells meet, where tranquility and calm prevail, not the whip of terrorism and menace,” His Beatitude said, stressing that Syria was created to shed light on the world, not to shed tears for its displaced children.

“Enough wars, enough terrorism and displacement… our country’s spring is the meeting of others, its spring is faces meeting on the love of the homeland, the unity of its soil, and protecting the blood of the innocents in it,” he said.

Patriarch Yazigi prayed for Lebanon, stressing that Lebanon was not meant to be run by ambassadors or a scene of assassinations and bombings.

He also prayed for Palestine, Iraq, Egypt and the whole world, and for the abducted Bishops John Ibrahim and Paul Yazigi and the nuns and orphans of St. Thecla Convent in Maaloula, urging the world to put a stop to this situation instead of just lamenting and boasting in vain about human rights.

His Beatitude concluded by praying for peace in the whole world, and for the bereaved to be put at ease.

New Year masses were held across Syrian provinces, with sermons calling for embodying the values preached by Jesus Christ and spreading the spirit of fraternity, praying to God to look after Syria.