Patriarch Kirill calls to stop the escalation of violence in Syria

The Primate of the Russian Orthodox Church sent an address to the participants in Geneva II International Conference due to take place in Montreux, Switzerland, on 22 January 2014. The text is given below. 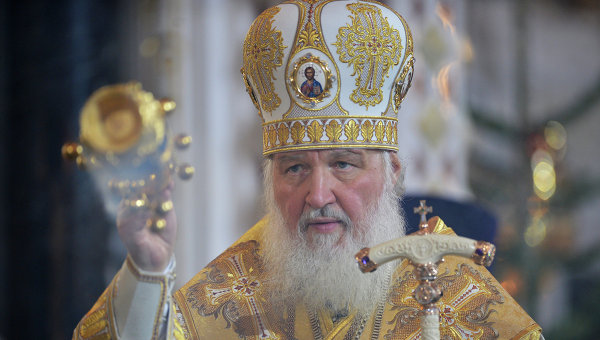 Dear participants in the conference,

Today the world expects from you decisive actions aimed at settling by peaceful means the sanguinary conflict in Syria. It is hard to overestimate the responsibility that lies with you. The scale of the tragedy, which has been going on in Syria for three years by now, is enormous: hundreds of thousands of innocent people have fallen victims to the armed confrontation and millions of people have been internally displaced or become refugees.

On behalf of the Russian Orthodox Church, I call upon you to exert every possible effort to end the hostilities immediately and unconditionally so that dialogue could begin, with all Syrian political forces and the civil society taking part in it. We are convinced that Syria must remain a state in which rights and dignity of people of all national, ethnic, and religious groups are respected. Security and religious freedom of Christians, who have lived in the Middle East for over two thousand years and who are an integral part of the Syrian society, must be ensured along with the security and religious freedom of all other citizens.

As the first and foremost step towards peace and stability, the hostages must be released and the desecration of religious shrines and objects of historical and cultural heritage must be stopped. So far, nothing has been known about the fate of two Christian hierarchs – Metropolitans Paul and Youhanna Ibrahim – who were abducted near Aleppo in April 2013. The mother superior and sisters of the Convent of St Thecla in Maalula are still held captive. Their immediate release will be visible evidence that the opposition is ready to work in the search for peace and accord in the Syrian land.

The Russian Orthodox Church lifts up her prayers for peace in Syria and exerts every possible effort to render efficacious assistance to the suffering people of Syria, regardless their ethnic origin or religion. However, the grievous situation of hundreds of thousands of people within Syria, as well as that of the refugees who have fled to neighboring countries urges the whole world community to undertake new large-scale actions in order to render urgent humanitarian aid to the victims of the armed conflict.

I call upon people of good will to do all in their power to stop the escalation of violence in Syria, as well as the intervention of terrorist and extremist groups, to prevent them from receiving financial support or armaments from outside, and to give the people of Syria an opportunity to decide on their own which way to follow.

I call upon people, whose hands have been stained with the blood of civilians, to come to their senses and immediately stop committing the iniquity. Remember that it is easy to ruin peace, but it takes decades to heal the wounds of war. And it is impossible to bring people back to life. Any step towards reconciliation and re-establishment of order and wellbeing of people will be blessed by God.

I am praying today so that the seed of peace, which the participants in the conference are called to plant, may bring good fruit for every Syrian citizen.