December 20, 2013 – An annual Moscow diocesan assembly began its work at the Christ the Saviour’s Cathedral’s hall of church councils, chaired by His Holiness Patriarch Kirill of Moscow and All Russia as ruling bishop of the capital city. 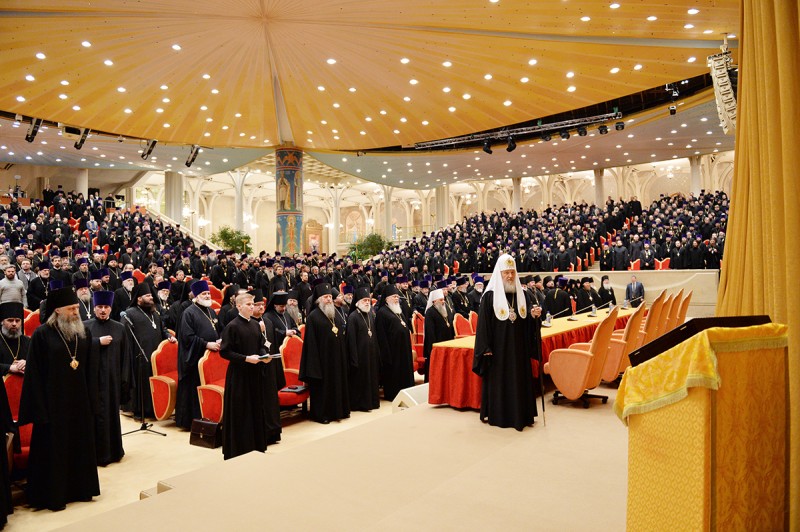 The diocesan assembly is attended by vicars of the Moscow diocese, members of the diocesan council and council of the vicariates, deans of church districts in Moscow, rectors and clergy of Moscow parishes, abbots and abbesses of monasteries and convents in Moscow and chairmen of parish councils.