Patriarch Kirill Concerned with Decline of Democracy in the West 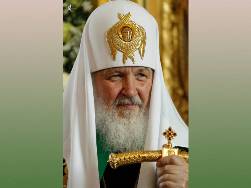 Moscow, June 26, Interfax – Orthodox countries are urged to give the world an example of coming out of the global economic crisis, Patriarch Kirill of Moscow and All Russia believes.

“I am convinced that it is possible to successfully overcome the crisis only basing on spiritual moral values. Countries where Orthodox believers make a majority should give the world an example of building economy and people’s administration according to Christian principles and ideals,” the Patriarch said in his message to the 19th Assembly of Interparliamentary Assembly on Orthodoxy dedicated to problems of democracy in conditions of the global crisis.

The patriarchal press service cited the Primate as saying that economic stagnation is expressed not only in mathematics diagrams, fall of stock exchange quotations, but in increasing number of the unemployed and general decrease of people’s living standards.

The Primate believes that stagnation in productive relations is an exterior of the deep value crisis we are going through and it roots in neglecting Gospel principle: “Treat others the same way you want them to treat you.”

“Ignoring this norm stimulate egoism, consumer attitude, hedonism, make many of our contemporaries incapable to reasonably restrict their ambitions for the sake of the whole society. Problems in the world economy witness to the decline in the whole democratic system of administration,” the document says.

According to Patriarch Kirill, the difficulties urge us to think how not to allow the situation when goals and tasks of financial elite “appear to be far from needs and hopes of the majority and welfare of the nation becomes a subject for manipulations of a narrow circle.”