Patriarch Kirill Explains Mission of Church, Asks Media to be Creative and Honest 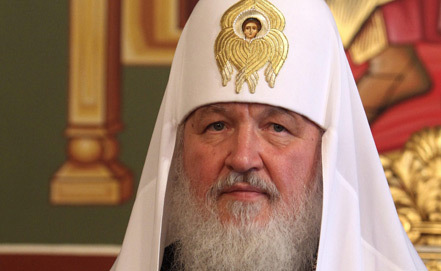 Patriarch Kirill I, of Moscow and All Russia believes that the mission of the Church is to work for the promotion of traditional moral values in society.

“The essence of everything the Church does, including the case of dialogue with society, is to provide evidence of Christ’s truth and to embed the traditional spiritual and moral values in people’s life, since we believe that civic peace and development are inconceivable without them. That is why it would not be quite appropriate to speak about ‘policy’ in this case. This is not policymaking; this is the apostolic mission of the Church. When Jesus Christ dispatched the apostles to illuminate different nations with the light of His Truth, He was not guided by political motivations but by the will to show all the humanity the road to salvation,” the Patriarch told Itar-Tass on the eve of National Unity Day.

“And look at the labels that are glued to the public service of the Church! By depriving believers of the right to express their position on the issues of social significance, certain forces are trying to build a society grounded in godlessness. They detest the activity of the Church that is fighting sins. But this is the case where we must call a spade a spade. The Church will never keep silent if it sees sins or vices, all the more so when it sees them on a mass scale or hears their justification.”

The Patriarch urged Russian media workers to be creative and competent. He believes it is important to ensure “the mass media seeking to write about the Church do it in a decent and unbiased manner and show the ability to see its genuine [spiritual] wealth and beauty instead of churning out clichés and stereotypes.”