Patriarch Kirill: spiritual factor is decisive in relations between the Russian and Greek nations 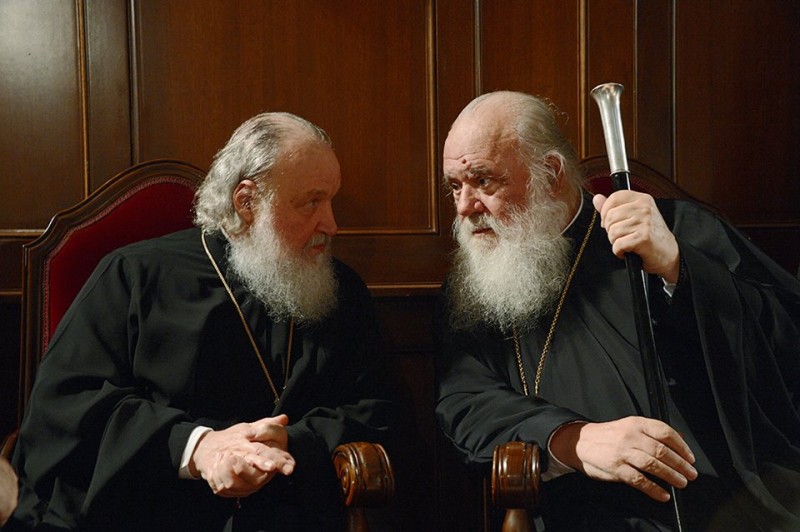 On June 7, during his visit to the Monastery of Panagia Dovra, His Holiness Patriarch Kirill of Moscow and All Russia, at journalists’ request, shared his impressions of the visit to Greece:

‘I was going to Greece with a light heart because I knew I would be surrounded by love and respect. When you come to this land, a common prayer becomes a very important part of the visit. I prayed together with thousands of Greeks, with clergy and episcopate, and this uplifted my spiritual state and established the right dimension of the whole visit.

‘This was the principal aim of my visit, and I am glad that, as far as I can understand it, it has been achieved’.

The Primate of the Russian Orthodox Church was on a pilgrimage to Mount Athos for several days. At journalists’ request, His Holiness shared his thoughts about the significance of the Holy Mount for our contemporaries and the role of Orthodox monasticism in today’s world:

‘If we speak about the role of monasticism and the role of Mount Athos, it is very great because monasticism in the Church is a certain foundation stone, a column that supports the whole construction. Why? – because monks leave everything in this world, abandon what is cherished by an absolute majority of people, doing so for the only goal to dedicate themselves to God through prayer, contemplation, good works and theological studies. This is why monasticism has always been a source for the replenishment of church cadres including the highest posts in the Church. This tradition goes back to high antiquity, and it effectively works today as well.

‘When you come to Mount Athos, you understand the importance of monasticism for the whole Orthodox Church and become especially aware of the significance of the Holy Mount. Holy Mount Athos is a peninsula, but it is a peninsula in a figurative senses as well – the peninsula of Byzantium, of what has survived from Byzantium to reach the 21st century.

‘But since the Athonite monasticism is not isolated from the world, it is not an island or an archaeological museum. Mount Athos is connected with today’s life without being an isolated island.

‘Historically and geographically, Mount Athos is a peninsula with its living link with the contemporary society, and through this link, spiritual impulses of the Athonite monasticism are taken in by very many people.

‘I can judge by our people, for instance, in Russia, Ukraine… I can speak about those who only yesterday could not say they were Orthodox, but today, coming in touch with Mount Athos, they become Orthodox with all the ensuing consequences, that is, certain responsibilities for the world and people around.