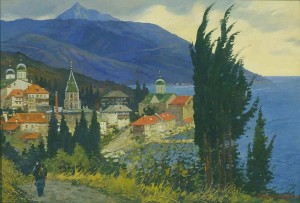 Moscow, December 29, Interfax – Patriarch Kirill of Moscow and All Russia is to visit Greece, Mount Athos and the Baltic States next year.

“Early in June the Patriarch plans to visit Greece. Visiting the Greek Orthodox Church he will return the Archbishop Ieronymos’ of Athens and All Greece visit to Russia in 2012. The Primate is going to make a pilgrimage to Holy Mount Athos during his visit,” Metropolitan Hilarion said in his interview with Interfax-Religionon Saturday.

According to him, the Patriarch will go on visiting dioceses of the Russian Church, including those located outside of Russia and self-administered Churches under the Moscow Patriarchate.

“The Patriarch has already visited many countries in his canonical territory, but he hasn’t yet visited the Baltic States after being elected to the patriarchal see. Late in June, His Holiness the Patriarch is going to visit Estonia where believers of the self-administered Estonian Apostolic Church are looking forward to his visit,” the interviewee of the agency said.

The Patriarch will traditionally commemorate St.Vladimir in Kiev “at the cradle of Russia’s Baptism” on July 28.

“Other visits are also planned, but their dates are yet to be specified,” the hierarch said.