A disaster has come to our people. In the terrible drought and large-scale fires, people have been lost and hundreds have been left without shelter and thousands without livelihood. Many victims are elderly people who all their lives have lived on land in their modest households. But there are also many children as whole villages have burnt out.
| 04 August 2010 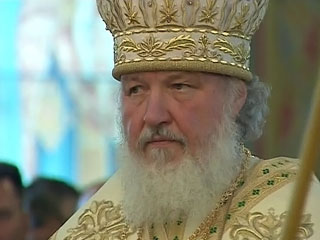 A disaster has come to our people. In the terrible drought and large-scale fires, people have been lost and hundreds have been left without shelter and thousands without livelihood. Many victims are elderly people who all their lives have lived on land in their modest households. But there are also many children as whole villages have burnt out.

I call upon all the faithful of the Russian Orthodox Church to unite in prayer that rain may be sent on our land perishing from heat. The rectors of Orthodox churches should convene parishioners for prayer services. During the Litanies of Peace and Fervent Supplication, special petitions should be inserted from the office of the prayer for rain. Especially ardent prayers should be said tomorrow, August 2, to the Prophet Elijah to whom Russian people have traditionally prayed in such disasters.

Many ask now why the Lord has allowed this disaster to fall upon the poor people who often did not have even small savings. For what is this punishment? Certainly, the cause of all the earthly misfortunes is people’s sins. But, called by God to love, we should not accuse others or try to seek in others the cause of the disaster that has befallen us because this disaster concerns all – those who are far away from the fires and those who seem to be safe, because such a terrible disaster cannot but affect the economy and people’s mental condition.

Let everyone pay attention to oneself and repent of one’s own sins. The Lord expects from us all and from the whole Russian Church our compassionate love and charitable aid to those who stand in need. Those who can should become volunteers and take part in firefighting. Pastors should every minute stand by their affected parishioners, giving them consolation, instruction, help and ardent prayer. And everyone who claims to be Orthodox cannot but share one’s possessions with people who have lost everything.

Now some of the homeless victims of fires have found shelter at their relatives’ places; others are staying in hospitals and other temporary asylums. They have no clothes, nor tableware, nor bed linen, nor money – nothing of their own. They need literary everything: summer and winter clothes, food stuffs and many other things.

I give my blessing upon arranging special fund-raising campaigns on the next three Sundays in all the churches of the Russian Orthodox Church. In each diocese where there are homeless victims of fires or threats of fire a cleric or lay person or better a group of persons should be appointed as responsible for the fund-raising and organization of aid to the victims. In cooperation with the Emergency Situations Ministry, we should see to it that designated aid reaches every victim. In Moscow the fund-raising and collection of things is organized by the Synodal Department for Church Charity and Social Service. It has published a special account to which those who wish to help can send money. Information about the needs of the homeless victims of fires is placed on the church charity portal www.miloserdie.ru.

Every one of us, in helping the victims of the fire rage, serves our Lord Jesus Christ Himself. A testimony to this is the Gospel’s word: ‘Whatever you did for one of the least of these brothers of mine, you did for me’ (Mt. 25:40). But helping the homeless victims of fires, each one also serves oneself because any one of us may find oneself in a similar situation when everything perishes and one’s health is undermined and there is no one else to help but God, neighbors and the Church. That is why we cannot help participating most actively in giving aid to those who have been affected and is being affected by fire.

I invoke God’s blessing on all those who make important public decisions today and carry them out – on firemen and all the Emergency Situations Ministry workers involved in overcoming this element and on our military and especially on volunteers who, like they did during the war in obedience to the dictates of their conscience, are going to where there is a danger in order to protect their people.

May the Lord have mercy upon all those who suffer and bless our efforts in giving aid to all people in need.

Metropolitan Nicholas of the Greek Orthodox Church has transferred money to the Foundation of Fire Victims in Russia. The hierarch donated his personal money to Patriarch Kirill. The Metropolitan heads a delegation of Greek Orthodox Church pilgrims to the Nizhny Novgorod Diocese, who came to commemorate St. Seraphim of Sarov, the Moscow Patriarchate official website reported.

Metropolitan Nicholas says Greece recently faced the same natural calamity so he knows from his personal experience the terrific outcome of the vast fires. “I hope this symbolic sum of 200 thousand rubles will give a start to efficient, not symbolic, help the Russian Orthodox Church will give to fire victims,” the Metropolitan said. 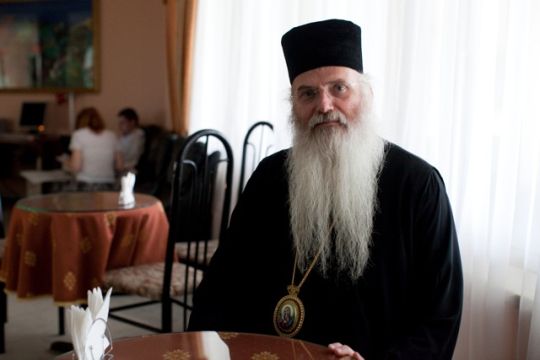 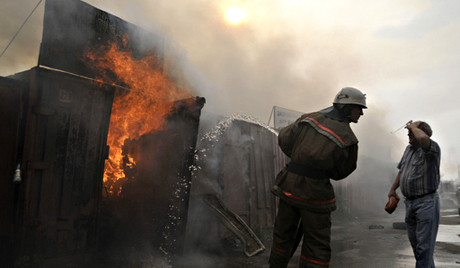 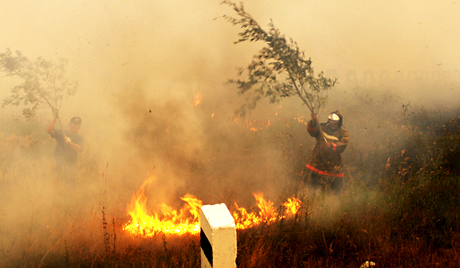 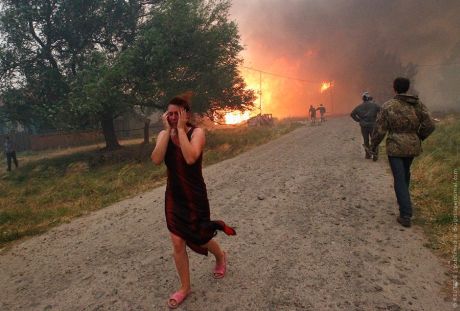 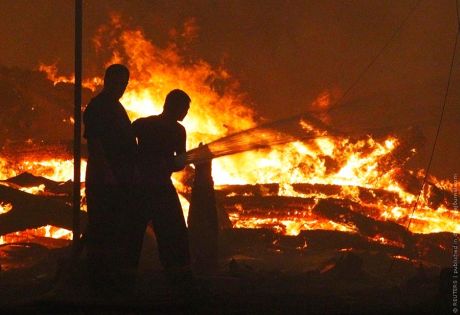 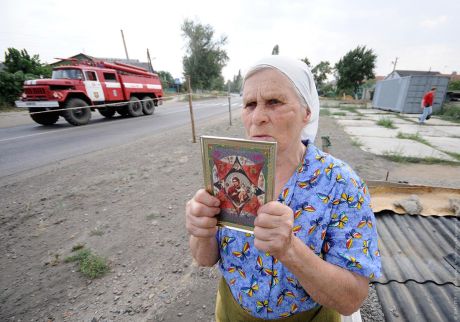 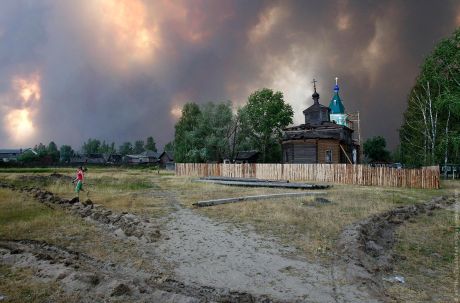 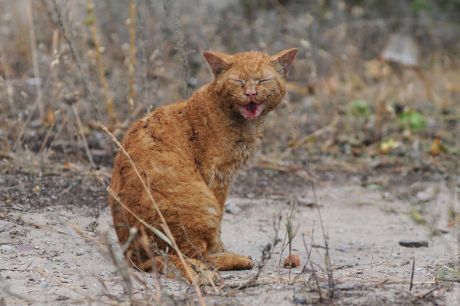 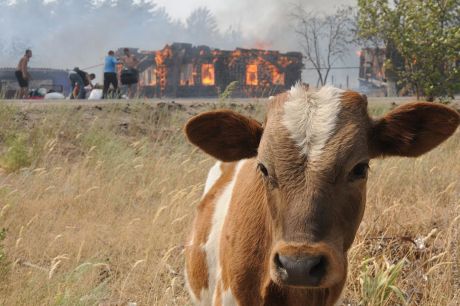 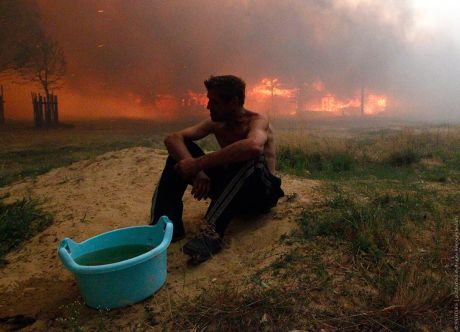 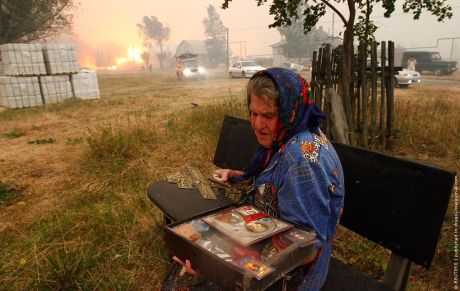 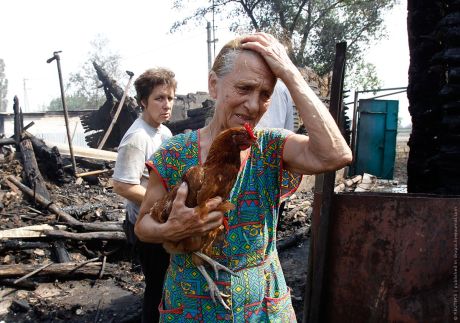 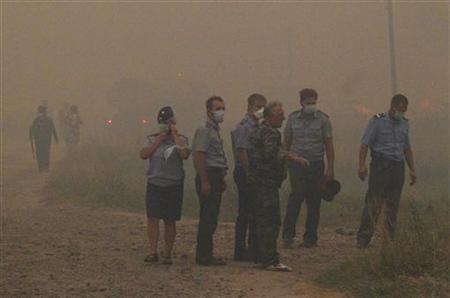