Patriarch Pavle on the Stages of Spiritual Growth

Today marks the third anniversary of the blessed repose of His Holiness, Patriarch Pavle of Serbia (1914-2009). To mark this anniversary, we offer the following excerpt from a conversation with the late Patriarch found in the book Please Be People! (Bud’te liud’mi) by Jovan Janić, published in Russian by St. Tikhon’s Orthodox University in Moscow. 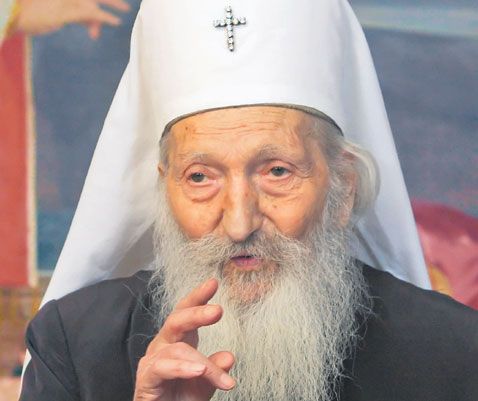 What is the most important thing for a Christian to know?

As has already been mentioned, it is to know the purpose and meaning of life. This is the most important thing. If one knows this, then one can use one’s strength and talents for that which is good and worthy – for himself, his family, his nation, and everyone. Needless to say, he should also know these words: “Do unto others as you would have them do unto you.”

You once said that the ability to pray is the most important thing for a Christian.

St. Basil the Great says that there are three stages of spiritual growth.

The first stage is that of slave. A slave knows that his fate depends on the master to whom he belongs, who has the right to beat, kill, or sell him and his wife and children. Therefore, he will carry out his master’s will. Spiritually speaking, this is the Christian who does the will of God out of fear of hellfire. He understands that even a thousand years of living in sin will never pay off, while there he might be in torment for all of eternity.

The second stage is that of hireling. This is a free man who receives pay for his labor. He works to the extent that he gets paid. Spiritually speaking, this is the Christian whose wants to reach the highest possible level in Paradise. Not all levels there are the same. He who is worthy and good forever advances closer and closer to God, without ever attaining to Him, since God is infinite – but, still, he moves closer and closer. God, of course, is our life and our blessedness – He is our everything.

While the first two are thinking about themselves – one does not want to be punished, while the other wants to get paid – the son or daughter is thinking about God. This is the true Christian. But no one can reach this level until he has passed through the first two. How long one will linger at each stage depends on each person individually.

So that we might pray not only in words, but through our deeds and our entire being…

Excerpted from the Russian