Patriarch Kirill of Moscow and All Russia consecrated a renovated church in a monastic community on the Solovetsky Islands on Monday where his grandfather, also a clergyman, was imprisoned in the 1920’s. 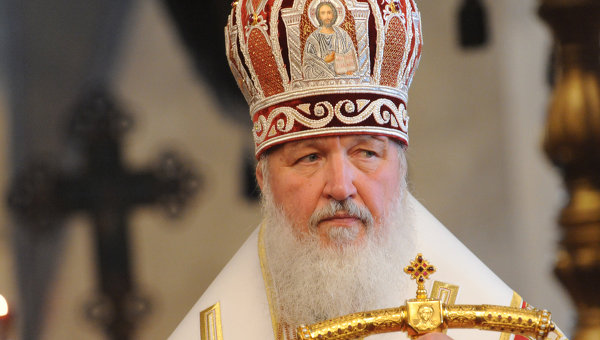 The head of the Russian Orthodox Church is on a two-day visit to the islands, off Russia’s northwest coast, the site of the first Soviet political prison camp (Gulag).

“Patriarch Kirill consecrated the Church of the Smolensk Icon of the Virgin Hodigitria in St. Sabbattius Monastery and carried out a divine liturgy in the newly consecrated church,” the patriarchal press service said.

The church was built in 1858-1860 to mark Russia’s victory in the Crimean War against Britain and France.

During the Soviet era, the clergy living quarters were mainly used to house political prisoners and the stone building itself fell into a dilapidated state.

The restoration of the church started in 2005 and is still ongoing. The reconstruction has been carried out with the support of donations from Orthodox believers.

Patriarch Kirill will continue his visit on Tuesday with a divine liturgy at the Spaso-Preobrazhensky Cathedral of the Solovetsky monastery.