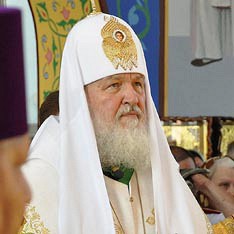 Moscow (AsiaNews) – The Patriarch of Moscow and All Russia Kirill says he is concerned about the low number of students in schools in the capital who take lessons in the Fundamentals of Orthodox culture. The module is part of the course Fundamentals of religious cultures and secular ethics, which is mandatory in all Russian schools as of September 2012. Within the course structure students can choose different modules depending on their beliefs (orthodox, Jewish, Muslim, Buddhist) and, according to the Patriarch of Moscow there is pressures on parents to choose more ‘neutral’ modules, such as Fundamentals of secular ethics or Basics of religious cultures in the world, rather than the module on the orthodox religion.

As reported by the Ria Novosti agency, speaking at a conference in mid-January, the Patriarch said that only 23.4% of the students in the Diocese of Moscow has chosen Orthodox Culture. This is the lowest level in the Central Federal District. Kirill raised the alarm, also on the fact that parents are not free to pick and choose the course of religion for children. Some school principals, he said, have a mistaken view of the secular state and therefore encourage the parents of the students not to opt for the lessons on Orthodox Culture.

The head of the Russian church then acknowledged that the Patriarchate, which had pushed for the introduction of courses on “secular ethics” in respect of non-religious families, did not expect that would be used to “deprive the Orthodox of the opportunity to study their own culture. ” “I believe that these distortions will be corrected,” he said, addressing the representatives of the institutions, then at the same time ensuring that the concerns about the quality of teachers will soon be addressed and resolved by the Church.

For his part, the Minister of Culture, Vladimir Medinsky, speaking in the same conference, said that “support for organizations that promote and practice the traditional historical and cultural values is one of the main objectives of the government” and promised that his ministry will solve the problem posed by the Patriarch, thus confirming the close cooperation that currently links the political power and the Orthodox Church in Russia.

The head of the presidential administration, Sergey Ivanov, then recalled that the obligation of religious education in secondary schools has been introduced to ensure “not only the intellectual development of children, but also their moral maturity, with the aim to preserve national independence and promote ethical standards of behavior in a multi-cultural country like ours”.

According to data from the Ministry of Education, 47% of pupils at a national level have chosen the course in  Fundamentals of secular ethics, 28.7% of the Fundamentals of Orthodox Culture and 20.3% the basics of religious cultures in the world . Those who have chosen other courses are in a minority, such as the cultural foundations of Islam (5.6%), Buddhist culture (1.2%) and Jewish culture (0.1%).

According to recent polls, 79% of Russians identify themselves as Orthodox Christian.