Source: The Patriarchate of Jerusalem
The “Mother Church” of Jerusalem appeals with utmost urgency to the international community to protect the Christian population of Iraq.
Patriarch Theophilos III of Jerusalem | 25 July 2014 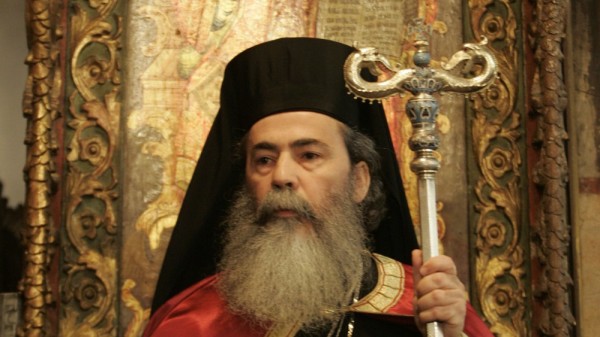 The Patriarchate of Jerusalem is alarmed upon hearing the horrifying statement issued by the Islamic State group, telling Christian communities in the Iraqi city of Mosul that they must convert to Islam, pay a jiziya tax, or give up all their possessions and leave the city, otherwise face imminent execution.

The inhumane statement is contrary to the peaceful symbiosis of Christians and Muslims in Iraq and in the entire Middle East region throughout the centuries and completely goes against the principles and values of these monotheistic religions.

The “Mother Church” of Jerusalem strongly and unequivocally condemns the appalling statement of the Islamic State group and appeals with utmost urgency to the international community to immediately intervene in order to avoid such actions and to protect the Christian population of Iraq, which has been living for many centuries in peace with their Muslim compatriots.