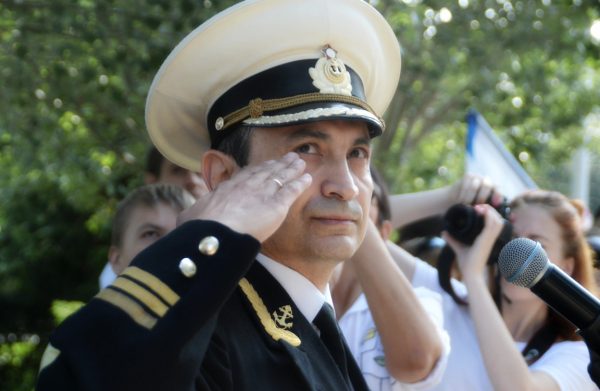 Lieutenant Commander Vadim Nazimov helped his familiar retired people during the pandemic bringing them food. Then he learned that many people did not have enough money for bread and necessary medicines. Together with Galina Komornikova, the editor of the magazine “Courier. Wednesday. Berdsk”, they created the project “The Corona Will Not Pass”. The residents of the city sent money, and Vadim delivered food packages to single mothers, people with disabilities and pensioners. During the time of self-isolation, they managed to help 80 families.

“We joined our efforts because people often send complains on the website,” explained Vadim Nazimov to the “Social Information Agency.” “Unfortunately, now I can’t spend my money on this like I did before the pandemic, but I can spend time and gas for the car on which I deliver food.”

At first, Vadim bought products in a store. Then he began to buy them at a wholesale warehouse from a local entrepreneur, who reduced the price more than by half, the volunteer notes. Now the price of one set is about 1200 rubles, as he explained to the “Courier. Wednesday. Berdsk”.

Each set includes a kilogram of sugar, a pack of rice, buckwheat, a bottle of vegetable oil, one can of beef and two canned fish, condensed milk, two kilograms of flour, two kinds of pasta, pollock paste or liver, tea, coffee, gingerbread, waffles, and sweets.

“We take these products so that there is no shame. This is humanitarian aid. I thought that people do not really need tea, coffee and gingerbread, but they actually ask for them. They want a little sweet”, Vadim Nazimov noted.

In April, when the pandemic began, many appeals came from young families. Many people were left without work and did not know how to survive and feed their children. The food packages became their support. Right now, mostly older people are asking for help.

In Syzran, 37-year-old Ivan Danilov saved a woman and a child from a burning house. This was the third time that he helped others. Prior to this, Danilov managed to catch a boy who fell into the well, and saved a girl from suicide.

The fire in a four-story building on Lazo Street began on the afternoon of July 1. Ivan at that moment was walking along the street and noticed smoke in the windows on the second floor. He ran into the apartment and saw a woman there, who was trying to put out the fire with a basin. At the same time, her little boy went to the second floor. The rooms were already filled with caustic smoke: plastic was burning.

Ivan Danilov took the woman and the child to the street. He breathed in a lot of smoke, as did the landlady. It took him a lot of effort to keep her. She was shouting: “We must put out the fire!” and was bursting back into the house. The flames at that time were visible from the windows, the magazine “KTV-Luch” writes.

Earlier, Ivan Danilov had already saved people. He managed to catch a boy who fell into the well. For this he was awarded the “Nobleness” public prize. Before that, Ivan managed to stop the girl who was trying to commit suicide.

In Chelyabinsk, a Schoolboy Collected Waste Paper to Buy Soccer Balls for Orphans

The fifth grader is interested in football, so he decided to give the children balls. He learned about the life of orphans from his mother, who conducted creative master classes for children left without parental care. Savva calculated that to buy one ball for 200 rubles, he would need to hand over 20 kilograms of waste paper. He collected the first batch on his own and already bought two balls.

The boy was supported by Vitaly Bezrukov, Deputy Minister of Ecology of the Chelyabinsk Region. He promised to buy 10 soccer balls, which Savva would take to the Children’s Help Center.

“The guy is a great fellow and a real eco-volunteer who does a useful job for society and nature. <…> I asked my colleagues to find the guy, to thank on behalf of the Ministry and in the nearest future I plan to buy a dozen soccer balls so that he would give them away to children in orphanages or to those children who play sports,” the Deputy minister told the “Good News” journal.

Savva plans to devote all summer to the charity project.

A girl from a large family in Miass can hear now