People should be allowed to make economic decisions – Russian Church 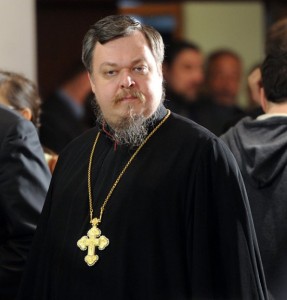 “Many people now feel alienation from decisions made in the economic sphere. Decisions are made by a limited circle of people. Our president has called the privatization unfair. This doesn’t mean that everything should be taken away and divided. We don’t need new year 1917 in the form in which it happened almost 100 years ago,” Father Vsevolod told a press conference at the Interfax central office on Wednesday.
However, he said it is important that people who make economic decisions should feel the feedback from the people.

The priest said it is important to win back officials’ and the business community’s trust, and in order for that to happen people should be involved “in the decision-making process in the economic sphere and national economic processes.”

Fr. Vsevolod said the World Russian People’s Council, of which he is deputy chairman, has voiced the idea of increasing people’s involvement in the resource economy management and the idea of giving people specific guarantees that they will get their portion of revenues from the resource production and processing.”

“These ideas need to be seriously discussed because there is a problem: the divide between the elite and the people,” he said.