Perfectionism – the religion of XXI century?

I think that nowadays perfectionism is nothing but oppression, a religion of XXI century, a cult of contemporary mankind that consolidated communities of those who are striving for “perfection”.
Hieromonk Spiridon (Balandin) | 26 September 2008

I’d flip through catalogues of IKEA and wonder “What kind of dining set defines me as a person?” 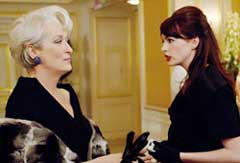 Perfectionism (from French perfection) is the conviction in the idea that perfection (of oneself and others) should be the ambition of every person. The very notion of perfectionism came up in the Protestant environment in the nineteenth century and was then transformed into classical perfectionism formulated by I. Kant, G. Leibnits, and the Marxists. At first it meant the perfection of your own ethical code, cultivation of talents and gifts. Nietzsche’s Ubermensch (sometimes translated as superhuman) is also a perfectionism of a kind.

What is the difference between the ideas in Christ’s words “Be ye therefore perfect, even as your Father which is in heaven is perfect” (Matthew, Chapter 5,  Verse 48) and classical perfectionism? In Christianity, good is something that is done solely in the name of God, whereas perfectionism is self-cleanup with the help of God out of all sorts of perversity in our nature. The Good of our fallen nature is mixed with evil and therefore the good itself had become evil, just like tasty and healthy food becomes toxic when mixed with poison.

“Beware that you do not do the good of your fallen nature! By doing this kind of good you will develop your fallen nature, your self-importance and pride, you will get close to becoming like demons” (Saint Ignatii Brianchaninov “Donation to Contemporary Monasticism”). We have to admit that from the Christian point of view, any affair, even the more right and kindest, is not perfect as it is poisoned with our personal imperfection. This defect is compensated by humility and self-reproach. Perfectionism as a rule is aimed at the promotion of an abstract morality of an individual by means of that very fallen mankind without any additional argumentation.

The modern perfectionism differs from the classical one. To a large extent, it has modified to the idea of high standards of everyday life, mentality in terms “all or nothing”, excessive concentration on failures and rigidity. According to Gordon Flett, psychology professor from York University in Toronto, perfectionism is a mental illness, expressed in a kind of “obsession with little things, trivial matters” and in attempts to push the matter to some ideal end, to “perfection.” As a rule perfectionists are hard to be around, they do not have friends and do not accept that they are mentally ill; in the privacy of their thoughts they are very proud and believe they are special, worthy. There are plenty of this kind of people everywhere: in the educational sphere in particular (“excellent pupil syndrome” – racing for excellent marks, fear of loosing the “good girl” status or falling short of the parents’ and teachers’ expectations, a desire to enter the prestige University), in tourism (manic tourism) and in an endless pursuit to make oneself more and more beautiful with the help of fitness and plastic surgery. When it comes to career (in this sphere of life perfectionists are more likely to end up with neurosis or in depression) this disease comes out as responsibility reduced to an absurdity, when a person sincerely believes that nobody except him or her is able to do the job right enough, when he or she is trying for hours to bring to “perfection” every small task order and as a result proves to be inefficient. 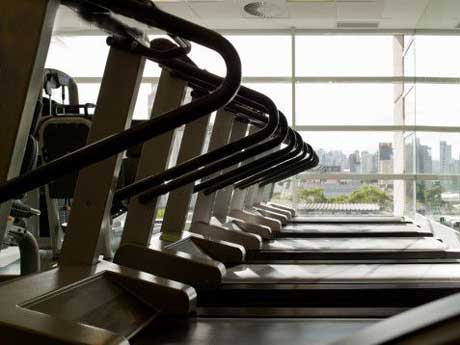 Having omitted the second part of Jesus Christ’s phrase “Be ye therefore perfect, even as your Father which is in heaven is perfect” (Matthew, Chapter 5,  Verse 48), humans simplified the first part of it to the utmost. It was Calvin who proclaimed the doctrine that the main factor predestinating redemption of a man is success in his professional career. This was the basis for present-day conceptions about the market, competition and personal success in western society. Look where the false Protestant dogmatism can lead to! And if later on some philosophers at least had ideas about necessary positive changes in morality, about cultivation of talents, then today the perfectionism is an unrestrained longing for unlimited material comfort, physical beauty, and high positions in society. The one who has reached these goals is considered “perfect”.

This banal and narcissistic perfectionism, painful self-expression, religion of consumer society was acidly and wittily satirized by Chuck Palahniuk in his novel “Fight Club”, which was brilliantly filmed by David Fincher in 1999. The main character of the book was a “white collar” gradually going mad in the urban environment—a perfectionist who realized that he spent all his life buying coffee tables “in a shape of yin-yang”, the Ohamshape sofa with the Strinne green stripe pattern, Erika Pekkari dust ruffles, the Ryslampa wire lamps of environmentally friendly unbleached paper (“How could I be without them?” – asks himself the main character), the glass dishes with tiny bubbles and imperfections and other numerous high standard goods. “I don’t want to be ‘completed’ any more, don’t want to be ‘satisfied’, and don’t want to be perfect!”  he exclaims, choosing the way of destruction to free himself from tyranny of perfectionism and modern brands, to stop being a cow chewing its cud, a “consumer”.

Certainly, it is not possible to solve this problem by blowing up your own flat or by founding underground boxing clubs and a terrorist organization like Project Mayhem. The only way to become free from this world power is to turn to Jesus Christ in the dogmatically right orthodox way: “Come unto me, all ye that labour and are heavy laden, and I will give you rest” (Matthew, Chapter 11, Verse 28). Life in God, catharsis from passions and malice with the gifts of the holy spirit, doing good in the name of Jesus Christ…this is the real pathway of genuine freedom and self-actualization through the love of God. However the great popularity of Palahniuk’s book and Fincher’s film (there are over 11,000 people in groups related to this film at just one of the social internet sites “VKONTAKTE”[1]), which became a kind of manifest, accentuating the urgency of this problem. Many people feel the truth of the language of art, the peak of revolt, but just like Tyler Durden they often can not make the right choice (and the Church is also responsible for that).

The dangerous absorption of modern society in “loaves and fishes” is castigated in another very popular film trilogy “The Matrix”, of which the first and the most successful part was released also in 1999—an interesting coincidence (and numerology!). In this film our society is presented as entirely captive people, batteries maintaining this state by false Epicureanism in a virtual world.

Perfectionism as a heartless careerism and sophisticated materialism is criticized in Lauren Weisberger’s novel “The Devil Wears Prada” – our sympathies are with Andrea, who becomes disenchanted with the glamorous life of a perfectionist and prefers her personal freedom, real life and humanity.

I think that nowadays perfectionism is nothing but oppression, a religion of XXI century, a cult of contemporary mankind that consolidated communities of those who are striving for “perfection”. Boutiques and supermarkets are the temples of this cult, where there is a constant consumer feast, where the zealous can commune, where working hours are being traded for the latest fashion, and coffee tables and fairy lights are arranged by designers to influence the psyche… The servants of this cult are brand managers, who invent tempting names for their products. One of the leading experts in this field, Samvel Avetisjan, to the question of Expert magazine of whether a brand manager is something of a messiah, humbly said: “He is more of a pastor, a spiritual father, although it may sound cynical. Nowadays people go to IKEA on Sundays, bypassing the Church, in fact trying to solve the same psychological problems”. Please note that this counter tradition of perfectionism is based on a reversed and perverted craving of a mankind for spiritual perfection, it is a substitution of real values and represents an ideal unburdened with any moral environment for anti-Christianity.

The article is based on materials from free sources and interview with Pavel Buslaev “Pseudoliturgy of Hypermarkets: The Sacred without God”.

Translated from the Russian by Oksana Buturlina
Edited by Demetria Worley