Persecution of the Christians: Syrian Minority Fear the End of Fighting More Than War Itself

In his final dispatch from Syria, Patrick Cockburn reports from Maloula on the plight of the country’s Christian minority, who fear an end to the fighting more than the war itself. 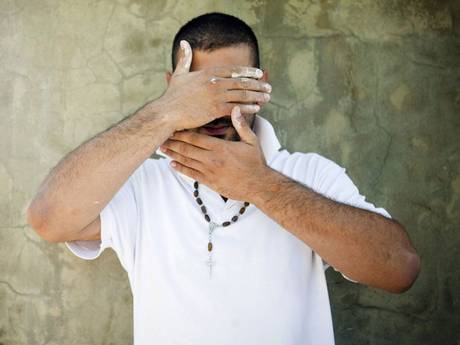 Two masked men armed with Kalashnikov assault rifles tried to kidnap a businessman called George Alumeh in the ancient Christian town of Maloula, north-west of Damascus, last week. It was not the first kidnap attempt on richer members of the Christian community here and Mr Alumeh was prepared. He fought back, first drawing a pistol, hurling his car keys away so his car could not be stolen, and then trying to escape. He got away, but was hit by a burst of gunfire from the kidnappers which has sent him to hospital with stomach, leg and hand wounds.

Father Mata Hadad, the priest of the Convent of St Tikla built into the mountain wall that towers over Maloula, tells the story to illustrate how life has become more dangerous for Christians, particularly for those thought to have money. The 10 per cent of the Syrian population who are Christians are debating with trepidation the likely outcome of the Syrian crisis and its effect on them.

The omens are not good. Every country in the Middle East seems to be becoming more Islamic and more sectarian. Syrian Christians have seen since 2003 how an outcome of the invasion of Iraq was the destruction of Christian communities in Iraq that had survived for almost 2,000 years. If the opposition National Coalition, recognised by 130 countries as the legitimate government of Syria, does ultimately take power then its most effective fighting force will be Jadhat al-Nusra, with an ideology similar to al-Qa’ida. It is prospects like this that fill Syrian Christians with alarm.

Maloula is a good place to talk about these fears. It is an hour’s drive from Damascus, some 20 miles from Lebanon, and occupies a spectacular site in a cleft in the mountains. Its rocky defiles have always been a place of refuge. It was here that St Tikla, fleeing imperial soldiery, took refuge in a cave high up in the cliffs.

Maloula’s isolation helped preserve its Christianity and also gave it the distinction of being the only place where Western Aramaic, the language of Jesus, is still spoken by Christians.

There is a mood of uncertainty about the future. So far there have been four kidnappings that the Syrian army post just beyond the entrance to the town has not been able to do much to prevent. Religious tourism has disappeared. “I used to sell guide books and souvenirs,” says Samir Shakti, gesturing towards his small shop, “but now I sell fruit and vegetables”.

Another sign of edginess is the bursts of anger against foreigners, in the present case myself, as a symbol of European powers accused of arming Islamic fundamentalists. Even the Mother Superior of the Convent, Pelagia Sayaf, demanded to know why the Europeans were aiding “people who kill with the knife”. She said many people were leaving the town (though this was denied by some others in Maloula).

Mother Superior Pelagia looked strained. She has been at her post for 23 years, ruling over 14 nuns and 33 orphans from Christian families all over the Middle East. The orphans wear a red uniform and tartan caps, giving them a surprisingly Scottish appearance. “It is going to be a sad Christmas in Maloula,” the Mother Superior said. “Sanctions are punishing the people, not the government.”

Christians may feel more frightened than other Syrians, but everybody feels vulnerable. There was no fighting on the road from Damascus to Maloula, but there are many wrecked buildings from battles in the past couple of months. Once the main road to Homs was crowded with car showrooms, but these are now closed and their plate glass windows are protected from blast damage by hurriedly built walls of concrete blocks.

Better-off Christians are able to escape abroad, but for those with little money this is a difficult option. One Armenian, who did not want his name published, said “we can go to Lebanon, but it is expensive to stay there, jobs are difficult to get and Lebanese don’t like Syrians much because our army was there for so long”. He himself was seeking Armenian citizenship.

As with others in Damascus the degree of danger felt depends on precise location. Many Christians live in Jaramana district that is now dangerous from snipers and bombers. The Christian parts of the Old City are safer, but there are electricity cuts and a shortage of diesel. So far the sufferings of the Christians of Syria are no worse than those of the Muslims, but they feel that whatever the outcome of the civil war, their future will most likely be worse than their past.

Most viewed articles
What Can the Church Offer the Youth of Today?128
Saint John Chrysostom and Family Life115
Patriarch Kirill: Awareness of One’s Sins Is the Greatest Value95
Romanian Monastery in Ireland gives thanks for full purchase of land and buildings87
Metropolitan Hilarion: Christians in the Middle East and Other Countries Need Both Our Support and Prayer53
Our Unity in Christ29
Patriarch Theophilos III of Jerusalem: Our Common Commitment is to Gather for Prayer and Fellowship14
P.Kirill1
Most popular authors
Pravmir.com team163
Metropolitan Ephrem (Kyriakos)128
Archimandrite Ephraim of Vatopedi115
Aurelian Iftimiu82
Abbot Tryphon29