Source: Basilica.ro
A few days before the feast of Saint Paraskeva, His Eminence Metropolitan Teofan addressed the faithful in a video message stressing that all pilgrims who will visit Iasi these days will enjoy ‘the friendship, prayer and love of the Saints.’
Aurelian Iftimiu | 11 October 2019 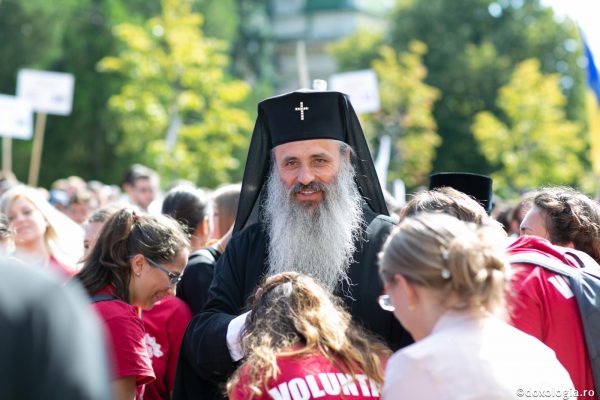 The Metropolitan of Moldavia and Bukovina underscored that this pilgrimage has been taking place for almost 400 years.

This year, pilgrims will have the chance to venerate a relic of Saint Spyridon brought from Corfu for the festivities.

‘Pilgrims come to Iasi and the island of Corfu in Greece every day, and especially on the feast days of the Saints, because they know that the Saints listen to them and understand them,’ the Metropolitan said, adding that ‘pilgrims enjoy the friendship, prayer and love of the Saints.’

Saint Paraskeva the New of Iasi, also known as Saint Petka, was an ascetic of the 10th century born in the town of Epivates, close to today’s Istanbul.

The devotion to Saint Paraskeva spread in the 14th century in the Balkan region including in the Romanian principalities, Wallachia and Moldavia.

St Paraskeva is considered the Protrectress of Moldavia.

Romanians have a great devotion to St Petka, who is one of the most beloved saints of the current Patriarch of the Romanian Orthodox Church.