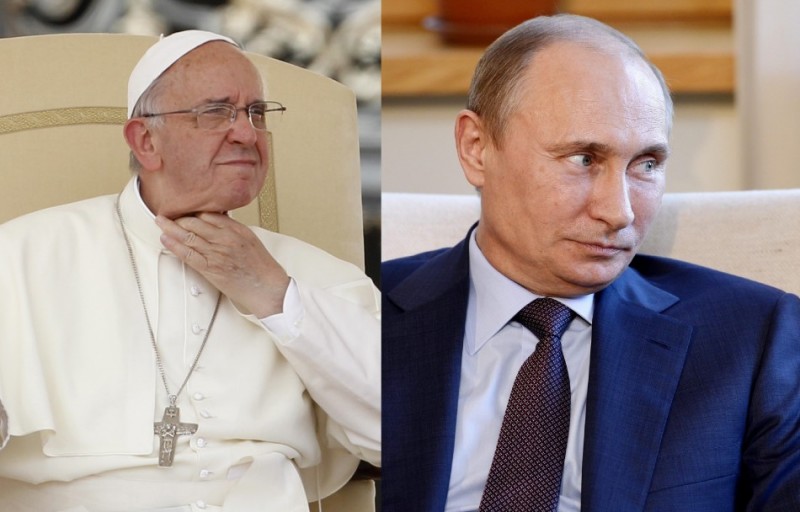 VATICAN CITY, Nov. 7 (UPI) — The Vatican said Thursday that Russian President Vladimir Putin is scheduled to meet with Pope Francis privately at the end of the month.Pope, Putin to discuss relationship between Catholic, Russian church

The meeting is set for Nov. 25, the Italian news agency ANSA reported.

The announcement comes after Pope Francis wrote to Putin in September, when the president was heading the St. Petersburg G20 meeting.

The pope urged the attendees to stop the conflict in Syria and tackle the global economic crisis.

The two are also expected to discuss the relationship between Catholic and Russian Orthodox churches, ANSA reported.