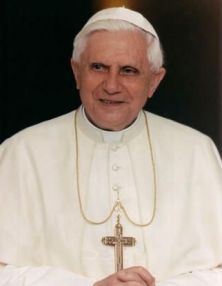 Pope Benedict XVI has hailed as an important step a meeting in Poland between the leaders of Russia’s Orthodox church and Poland’s Catholic hierarchy.

Poland and Russia have feuded for centuries, and their ties are marked by distrust.

Benedict praised the good will efforts by Orthodox Patriarch Kirill and Archbishop Jozef Michalik who met in a ceremony in Warsaw on Friday. The pope, speaking to Polish pilgrims at his summer residence near Rome on Sunday, says both sides declared their desire to work together to spread evangelical values.

The Russian Orthodox Church has accused the Vatican of poaching for converts in Russia. Those tensions prevented Pope John Paul II from visiting Russia.