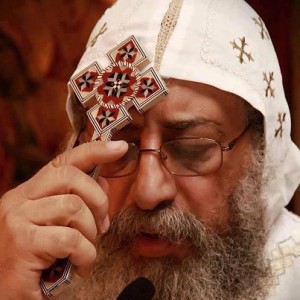 Cairo (Agenzia Fides) – The Coptic Orthodox Patriarch Tawadros II canceled yesterday, for the third consecutive time, the weekly meeting of public prayer and catechesis he held every Wednesday afternoon in the Coptic Cathedral in Cairo.

On announcing the cancellation of the meeting, the Secretary General of the Council of Churches in Egypt Fr. Bishoy Helmy justified the cancellation on behalf of the Patriarch by making explicit reference to the current difficult moment the country is facing, affected by the violence that followed the overthrow of Morsi’s government and the beginning of a new phase of political transition under the protection of the army. “Since June 30” explains to Fides Agency the Coptic Catholic Bishop of Minya Botros Fahim Awad Hanna “Pope Tawadros avoids appearing in public, not so much because he fears for his life, but because he does not want people to gather for fear that some fool could throw a few bombs. At the moment there are those who accuse Christians of being responsible of the popular uprising of 30 June”.

According to Egyptian sources consulted by Fides, the Ministry of the Interior has given order to increase the levels of protection around Pope Tawadros and the Imam of Al-Azhar Ahmed al Tayyeb. Both the Patriarch and the Imam had appeared at the side of General Abdel Fattah al-Sisi on July 3, when the strong man of the Egyptian army had exposed the transition plan for the next phase to the deposition of Islamist President Morsi. In the clashes that followed Morsi’s arrest, 6 Copts were killed by gangs of the Muslim Brotherhood and Salafis. In the transitional government presented on Tuesday, July 16, there are 3 Copts ministers out of 33: environment Minister Laila Rashed Iskandar, tourism Minister Mounir Fakhry Abdel Nour and scientific research Minister Ramsi George. (GV) (Agenzia Fides 18/07/2013).