Pope to Visit Middle East in May, Meet Orthodox Head

admin | 06 January 2014
VATICAN CITY — Pope Francis is to visit biblical sites in Jordan, Israel and the Palestinian Territories in May, his first trip to the Christian Holy Land as pontiff and only the fourth by a pope since biblical times. 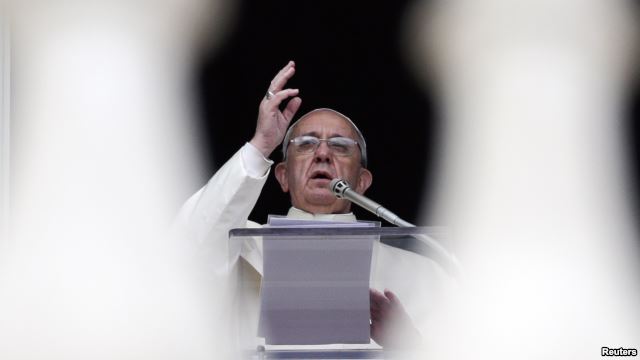 The May 24-26 trip to Amman, Jerusalem and Bethlehem will mark the 50th anniversary of a historic trip to the region by Pope Paul VI. Pope John Paul II visited in 2000 and Benedict XVI went in 2009.

Apart from its significance for Roman Catholic relations with Jews and Muslims, Francis’ trip will hold major importance for relations among Christians because it will include a meeting in Jerusalem with the spiritual head of the world’s Orthodox Christians, as well as Anglican and Protestant leaders.

Francis, who has made many appeals for peace in the Middle East since his election in March, announced the trip to thousands of people gathered in St. Peter’s Square for his Sunday address. He had been invited to visit by both Palestinian President Mahmoud Abbas and Israeli President Shimon Peres.

Many key biblical sites are in Israel’s Galilee region but Bethlehem, revered as the birthplace of Jesus, is in the Israeli-occupied West Bank, in the Palestinian Territories.

The Church of the Holy Sepulchre, built over the spot where Jesus is said to have been buried, is in Arab East Jerusalem, which Palestinians want as the capital of their future state.

Israeli and Palestinian negotiators resumed direct peace negotiations in late July after three years of stalemate. The Vatican has urged both sides to make “courageous and determined” decisions to move closer to peace, with the help of the international community.

Francis, who defined his trip as a “pilgrimage of prayer”, said he would hold an inter-faith meeting in the Church of the Holy Sepulchre together with Bartholomew I, the Ecumenical Patriarch of Constantinople.

Bartholomew is the spiritual leader of the some 300 million Orthodox Christians worldwide.

Francis made the announcement on the exact 50th anniversary of Pope Paul VI’s meeting in Jerusalem with Bartholomew’s predecessor, Athenagoras, the first meeting of the leaders of the Western and Eastern Christianity since they were divided by the Great Schism of 1054.

The meeting between Bartholomew and Francis could also pave the way for an historic encounter between Francis and Kirill, the patriarch of the Russian Orthodox Church, the largest and most influential in world Orthodoxy.

There have been signs of a general warming between the western and eastern branches of Christianity, and Francis fueled hopes of further reconciliation in November when he met Russian President Vladimir Putin, the first Kremlin leader to publicly profess religious faith since the 1917 revolution.

Representatives of Anglican and Protestant churches, which split from Rome in the 16th century, are also expected to attend the Jerusalem meeting in May.

The Vatican did not release any more details of the trip.