The Preconciliar Commission [PCC], charged with establishing plans for the 18th All-American Council of the Orthodox Church in America [AAC], held its first meeting at the Chancery here Tuesday and Wednesday, December 3-4, 2013. 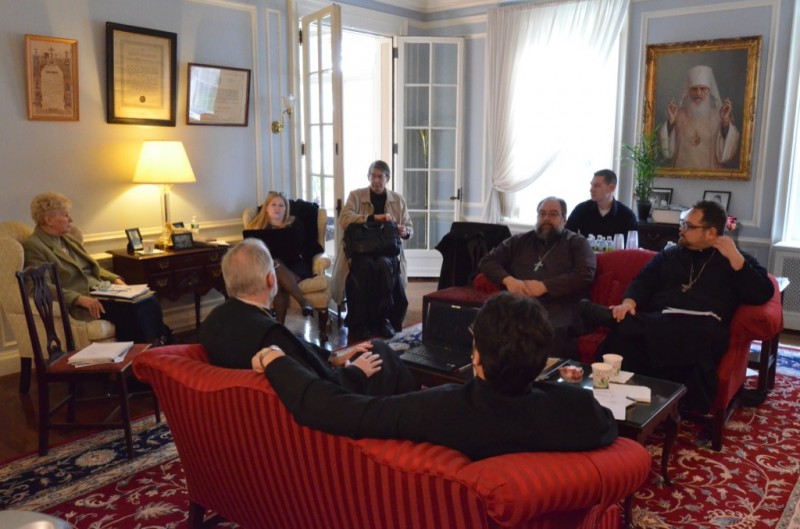 According to Father Eric, His Beatitude, Metropolitan Tikhon, attended a number of sessions, during which he directed the PCC to emphasize the spiritual nature of the Council while ensuring that prayer receives a prominent place throughout the Council.  He also encouraged a strong participation by the monasteries and the seminaries. 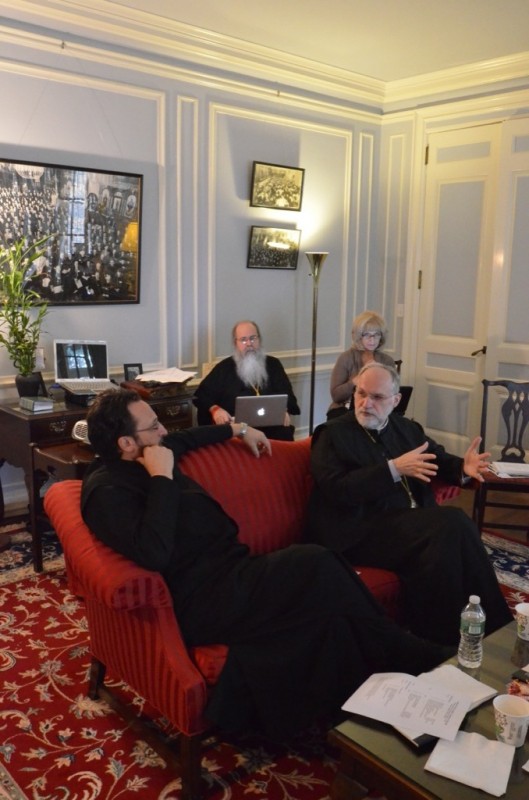 Bishop Mark assisted in defining the Synodal directives for the AAC, which include a youth component.

The PCC has taken up the theme recommended by the Holy Synod—“How to Expand the Mission.”  This was the theme that was first proposed by Saint Tikhon of Moscow, then head of the North American Church, at the First All-American Sobor held March 5-7, 1907, in Mayfield, PA.  A summary of that historic gathering may be found here.

“In line with the theme, the agenda will be based around the theme of ‘How to…’ offering hands-on training sessions on various topics of a practical nature of Church life,” Father Eric added.  “These will involve many different departments and parishes offering their experience and knowledge to the Church.”

The AAC will feature a youth component open to children, teens and young adults.  Educational programs, trips to various Atlanta-area sites, and service projects will be offered.  The youth also will work on a project on the theme and address AAC delegates during a plenary session. 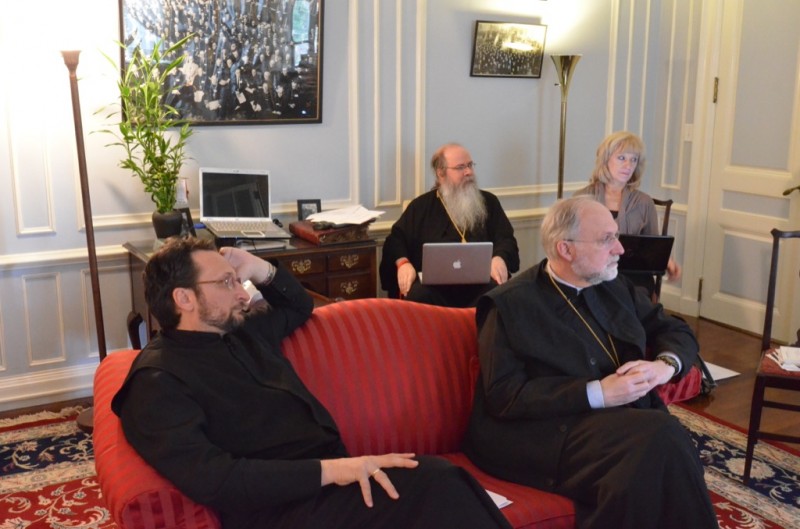 “For the first time, FOCA will hold its annual convention at the same time and place as the AAC so delegates can participate in both events,” Father Eric noted.  “Plans are to include traditional FOCA events, as well as a blending with the theme with a renewed vision for FOCA and its work with and for the Church.”

The PCC is exploring the possibility of holding an afternoon series of volunteer service projects in the local community, in which delegates will be invited to participate.  It is hoped that such projects will leave a lasting impact on the broader community.  PCC members see these as ways by which delegates can put their faith into action while witnessing to Orthodox Christianity.

The PCC is expecting to implement electronic registration, operation and voting before and during the AAC.  All reports will be available for downloading on-line well in advance of the AAC’s opening.

“In addition to the theme, the two major initiatives for the AAC will be the OCA Statute and finance reform,” said Father Eric.  “A team of Metropolitan Council members, in conjunction with Melanie Ringa and all diocesan chancellors and treasurers, have been working on a new plan for financing the Church in line with directives that emerged at the 16th AAC in Seattle, WA.  In addition, a Statute Commission, chaired by His Eminence, Archbishop Nathaniel, has been appointed by the Holy Synod.  Composed of clergy, laypersons, and canon and civil lawyers, the Commission will begin its work early in 2014.

“As part of this finance and Statute reform, the PCC is planning a series of diocesan and local town hall meetings in 2015 so that all the material on the new Statutes and financing can be discussed at the local and diocesan level with plenty of time for recommendations to be brought back to the Commission,” added Father Eric.  “The final drafts will be ready for review and voting at the 18th AAC in an interactive and conciliar process.”

Responsibilities of the PCC may be found here.