Presidents of Serbia, Russia and Moldova in Kiev 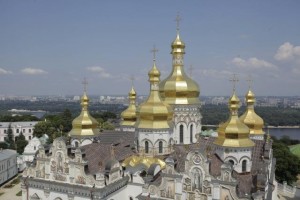 A view of Kiev (Beta/Xinhua, file)

KIEV, MOSCOW — Ukraine will this coming weekend mark the 1025th anniversary since the adoption of Eastern Orthodox Christianity by the medieval duchy of Kievan Rus.

The celebration in Kiev will be attended by the presidents of Serbia, Russia and Moldova and other guests, spokesman of the Ukrainian Foreign Ministry Yevgeny Perebeinos stated on Tuesday.

Presidents of Russia, Moldova and Serbia confirmed their attendance, as well as a number of dignitaries of Orthodox churches, Perebeinos said at a news briefing as reported by Itar-Tass.

He added that leaders of other countries may also attend the meeting.

The celebration will be staged on July 27 and 28.