On 6 October 2013, the commemoration day of the conception of St. John the Baptist, the main event of the celebration of the 1700th anniversary of the Edict of Milan took place. The Divine Liturgy was celebrated in the square in front of Ss Constantine and Helen church in the Serbian city of Niš, the birthtown of St. Constantine Equal-to-the-Apostles. 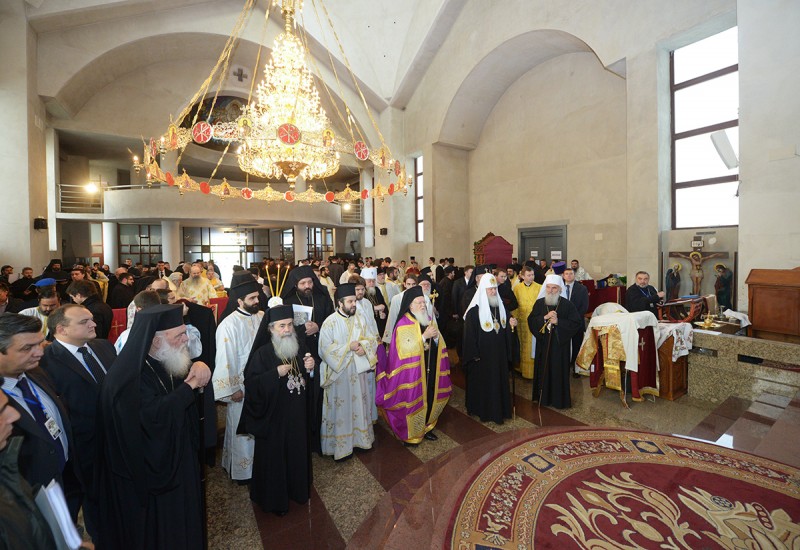 Thousands of worshippers came to the service that was celebrated in the Serbia, Church Slavonic, Greek, Arabic, Georgian, Albanian, Polish, and Czech languages.

Among those present there were representatives of the Roman Catholic Church and the Armenian Apostolic Church participating the celebrations.

After the divine service, His Holiness Patriarch Irinej of Serbia delivered a welcoming address in which he underscored the importance of the event which happened 1700 years ago.

Metropolitan Hilarion and Bishop Sergy of Solnechnogorsk were also awarded the Orders of St. Constantine.

In his address delivered in the square His Holiness Patriarch Bartholomew noted that Christians in different countries are persecuted at present, 1700 after the Edict of Milan. He expressed his concern over the fate of the abducted Syrian Christian hierarchs.