Prince Charles spoke out against the persecution of Middle Eastern Christians earlier this week, calling on the world to no longer “ignore the fact that they are, increasingly, being deliberately targeted by fundamentalist Islamist militants.” 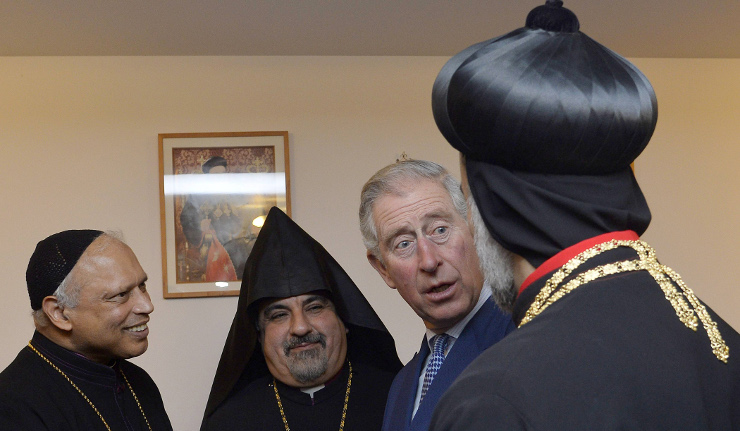 In a version of the speech published on Wednesday by The Telegraph, the Prince of Wales said that as a Christian, he was calling on other “Western Christians … to pray earnestly for fellow-believers in the Middle East.”

“The Middle East [is not] the only part of the world in which Christians are suffering. But, given the particularly acute circumstances they face, I feel it worthwhile to draw attention to their current plight,” said Prince Charles. “It is important to note, above all, that the decline of Christians in the region represents a major blow to peace, as they are part of the fabric of society, often acting as bridge-builders between other communities.”

The prince, who earlier this week met with Prince Ghazi of Jordan, the chief adviser for religious and cultural affairs in his country, acknowledged that many Middle Eastern Christian communities had served to connect estranged Muslim groups.

“This crucial role throughout Middle Eastern society is one recognized by many Muslims (who are not extremists) both Shia or Sunni, who attest to the fact that Christians are their friends and that their communities are needed,” he added.

The population of Christians has declined across the birthplace of the religion in recent years as Christians in Iraq, Syria and Egypt have increasingly faced persecution.

“Christianity was, literally, born in that part of the world and we must not forget our Middle Eastern brothers and sisters in Christ,” said Prince Charles. “…This has an effect on all of us, although, of course, primarily on those Christians who can no longer continue to live in the Middle East: we all lose something immensely and irreplaceably precious when such a rich tradition – dating back 2,000 years – begins to disappear.”

In Syria, Christian communities have found themselves both caught in the crossfire of the civil war and at times directly targeted by the rebel groups.

After Egypt’s military overthrew Mohammed Morsi, the former president’s supporters blamed Egyptian Christians for his deposition and used it to violently and destructively lash out against the Coptic community. Although Christians there make up 10 percent of the population, since August, dozens of their churches and institutions have been burned or destroyed. In October, gunmen opened fire on a Coptic wedding party and killed four people.

Additionally, Egyptian authorities have also been accused of standing by during the attacks and not confronting or prosecuting the Islamists terrorizing Copts.

The prince said that the heightened violence and persecution against Christians in 2013 had to be a turning point in how the rest of the world responded.

“For 20 years, I have tried to build bridges between Islam and Christianity and to dispel ignorance and misunderstanding,” said Prince Charles. “The point though, surely, is that we have now reached a crisis where the bridges are rapidly being deliberately destroyed by those with a vested interest in doing so – and this is achieved through intimidation, false accusation and organized persecution – including of Christian communities.”